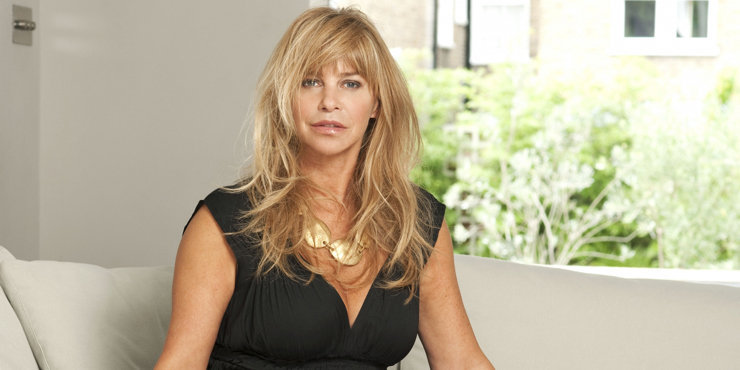 English Actress Leslie Ash made a rare public appearance with her husband Lee Chapman while heading for a very romantic dinner at the glitzy JuJu bar and eatery, in Chelsea, London.

The 'Men Behaving Badly' actress looked beautiful in her casual look. She had a broad smile on her face as she strolled along the King’s Road with her former footballer husband.

Ash, who had lost her ability to walk after contracting the superbug MRSA was seen walking with ease with Chapman and her walking stick, which she was seen using in previous occasions, was nowhere to be seen.

The “Tell Him’ singer suffered permanent spinal damage after contracting the MRSA virus during a stay at Chelsea and Westminster Hospital in 2004. She was admitted in the hospital after suffering two cracked ribs as she reportedly fell off her bed on to a table while having physical intercourse with her husband. The actress who was previously hospitalized for contracting Toxoplasmosis, a parasitic disease two months into her pregnancy in France, was left almost paralyzed after she contracted MRSA.

After being told by her doctors that she might never walk again and would be living on painkillers for the rest of her life, she had almost lost hope. But she decided to stay strong and refused to feel sorry for herself.

However after ten years long battle with the superbug MRSA, she shared her painful experience last month with Daily Mail.

The actress told the Daily Mail: 'I'm still on painkillers and will be for the rest of my life.

'Every day I think, "Maybe I'm back to normal," but I know I'm not. There will be things I won't ever be able to do - jump, run, dance. The one thing I can still do is act - that hasn't changed.'

However the bubbly soap star looked super happy as she walked hand-in-hand with her husband. Ash looked beautiful in double denim as she walked alongside Chapman.

The hot star has two children with her husband.

The 55-year-old former Leeds United striker and husband donned black top and dark blue jeans while Leslie wore a blue pashmina scarf and a pair of strappy red shoes. The couple looked elegant together. Ash’s dyed locks in a styled bob brightened her already cheerful face. Despite her botched plastic surgery on lips, she looked stunning.

The “Where the Heart Is” actress had a nasty collagen injection to “plump up” her lips in her thirties. She repeated the same procedure again in her forties with the same plastic surgeon who was a friend of her mother. In the second procedure, liquid silicone was injected resulting in extreme swelling of her lips, a condition dubbed a "trout pout" in the press. Subsequent medical analysis showed that the silicone had set and the condition is permanent.

Now the famous actress has come out of the cocoon of medical problems, we hope to see her back in the show biz.