Home Gossip Emily Bett Rickards hangs out at the beach with Katie Cassidy.

Emily Bett Rickards hangs out at the beach with Katie Cassidy. 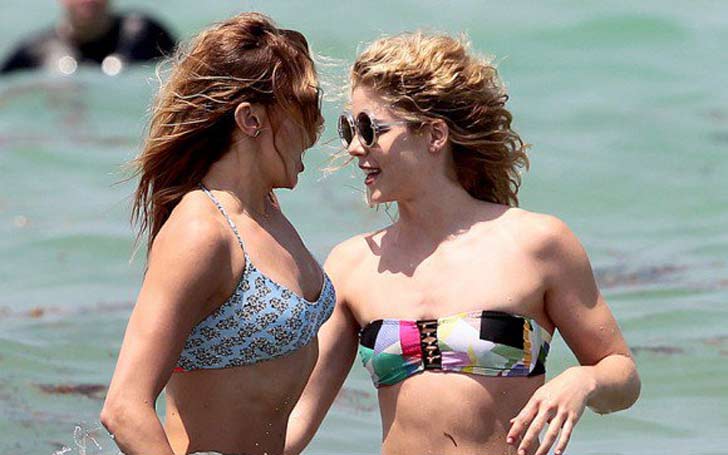 2016 New Year occurred to be one of the best New Year for Emily Bett Richards who spent her New Year with her friends Katie Cassidy, costar of Arrow, joined along with Fanta Sesay for the New Year eve’s festive. The group spent their New Year hanging out at Miami Beach.

Katie was seen posting the picture of three girls getting ready for the evening, captioned- “Gurls be livin #miami #2k16.”

The two Richards and Cassidy were caught up splashing with water in sexy bikinis showing off their toned figures. Emily appeared in a black matching bikini while Katie was there in a mismatched bikini with snakeskin pattern briefs and white halter top.

The beauties were much enjoying the dip at the Beach, hitting the water.

Along with them, there was seen Katie’s new bae Thomas Taylor who is also her personal trainer, with whom she was frequently seen to be chatting in the beach. Even Emily hugged Taylor so sweetly as both represents the same native, Vancouver.