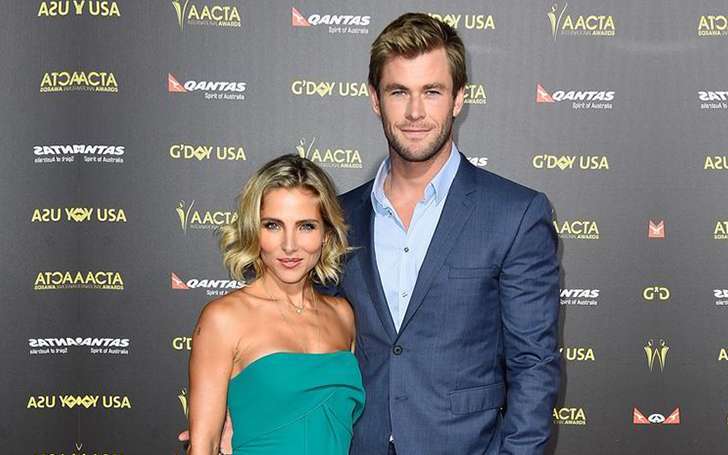 Elsa Pataky is a Spanish model, film producer, and actress. Her full name is Elsa Lafuente Medianu. She also appeared in Hollywood movies. Her professional life is all secure and she is all set to live her dream life.

Elsa married Chris Hemsworth in 2010. Since then her married life is not giving any wrong message to her fans. They are busy upbringing their children and living their dream life. Let’s know more about it.

We know that Elsa Pataky and Chris Hemsworth have a very beautiful family and they have managed to create a beautiful world for them. The actress revealed that the countdown to live dream life has finally come to an end.

Elsa is living the life she always wanted to live. Elsa attended the premiere of her new film, The Fate of the Furious, in New York and told that she made a very good decision to move Australia from LA. The purpose to move to Australia was to raise the kids, she said.

The 40 years old actress has three kids, Daughter India Rose Hemsworth, 4, and twin sons Tristan and Sasha, 3. Elsa always dreamed of living in the cool place surrounded by nature but due to her career, she could hardly do that. Now she has a reason to live in her dream places, the kids. Though she could not live her dream life at her early age she is doing it now. She is focused to give her children peaceful environment to spend their childhood.

"They live in nature surrounded by an animal. It was my dream growing up. I grew up in a city, and I always had the dream to be with animals, surrounded by nature, close to the beach. So I thought that would be the best we could give to our family and our kids."

It was last year that Chris opened up about moving back to Australia to raise their family saying that the life in Los Angeles is suffocating. He said,

“I love what I do as an actor, but when you are surrounded by it constantly, it becomes a bit suffocating. It’s nice to have conversations with people and be part of a community that doesn’t live and breathe that world. We were living shoulder to shoulder in the suburbs and thought that’s not how we want our kids to grow up. Moving to a kind of farm setup back here on the coast in Australia has been the best thing."

Well, anyone would love to live in a place surrounded by animals, near to the beach and environment-friendly. Sounds peaceful. Good luck to the couple with that.

Also see: Romance is always on between model Elsa Pataky and her loving husband