While most of us know about one of the iconic duo Martin Lawrence and Eddie Murphy's chemistry in the comedy world, the oldest offspring of the legendary duo recently made headlines after going Instagram official with their relationship.

Yes, you heard it right. Martin Lawrence's daughter Jasmin Lawrence and Eddie Murphy's son Eric Murphy are dating each other.

When did the star kids begin dating? What do their fathers have to say about the relationship? Details are down below.

Eric Murphy And Jasmine Lawrence Made Their Relationship Instagram Official

On 25th June 2021, Eric took to Instagram and announced his secret relationship with 25-year-old aspiring actress Jasmine Lawrence. She is none other than the oldest daughter of Martin Lawrence and his ex-partner Patricia Southall. 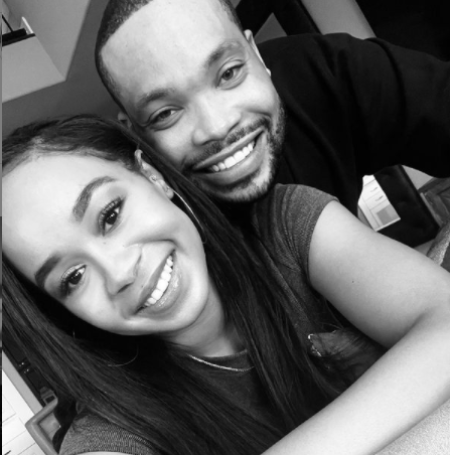 He posted a picture of them and captioned "Head over heels in LOVE with YOU," adding the hashtags, "#myotherhalf," "#equallyyoked," and "#iloveyou." The words quickly spread all over the internet and the pair are adored by many.

Similarly, on 11th July, Jasmine took to Instagram and wished beau Eric Murphy on his 32nd birthday with a sweet caption: "Happy birthday, my love! I'm so incredibly blessed to know you, to love you, and to have you by my side, Cheers to many more blessings, laughs, and beautiful memories! I love you so much!!".

While it's still unclear how Eric and Jasmine began dating, the family of two have been friends for many years and has previously worked together on the 1992's Boomerang and the 1999's Life.

Talking about their careers, Lawrence, 25, is an aspiring actress. She shared the screen with her father and Will Smith in the 2020 Bad Boys for Life. Besides, she has also appeared in Gorgeous Door Woman and the sitcom Family Time.

On the other hand, Murphy is a voice actor and an aspiring writer.

How Did The Pair Know Each Other?

Edie Murphy, 60, and Martin Lawrence, 56, worked together as Marcus Graham and Tyler Hawkins respectively in the 1992 rom-com Boomerang. The duo was later reunited on the set of the 1999 comedy-drama film Life where Murphy played Rayford Gibson and Martin playing Claude Banks.

Over the past few years, Murphy and Lawrence have been friends off-screen as well. 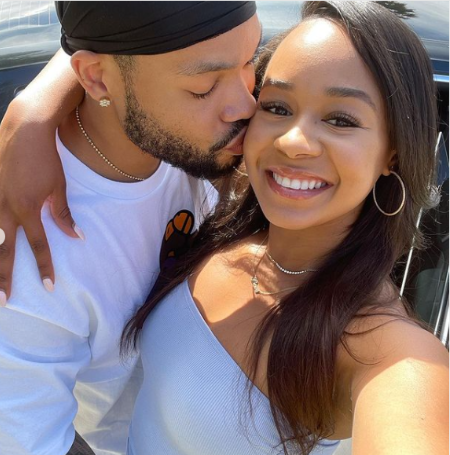 CAPTION: The star kids seems to be head-over-heels for one another SOURCE: Instagram @jasmin_lawrence

As of 2021, Murphy has ten children in total from his relationship with McNeely, Nicole Murphy, Melanie Brown, Tamara Hood, and Paige Butcher.

Similarly, Lawrence has three children in total. Jasmine was born to Martin and Patricia Southall and his two other daughters Iyanna and Amara with his ex-wife Shamicka Gibbs.

Though both Murphy and Lawrence have remained coy about their kids' relationship on the public platform, sources report that they are happy for them.

Both of them have witnessed their friendship over the years, and it did not come as a surprise for them when they started dating.