Ed Oxenbould is the next big thing in Hollywood movies.

If there aren’t enough shining stars down Hollywood boulevard, Ed Oxenbould is definitely the next catch to keep an eye on. The dashing young actor of 14 set hearts racing when he first broke out on the screen for a lead role in a movie, “Julian”. It may have been Ed’s debut role but he garnered awards from film festivals all over the world including the Berlin Film Festival.  If that isn’t enough to convince you on why you should keep your chips on the rising star, here are a few reasons why. 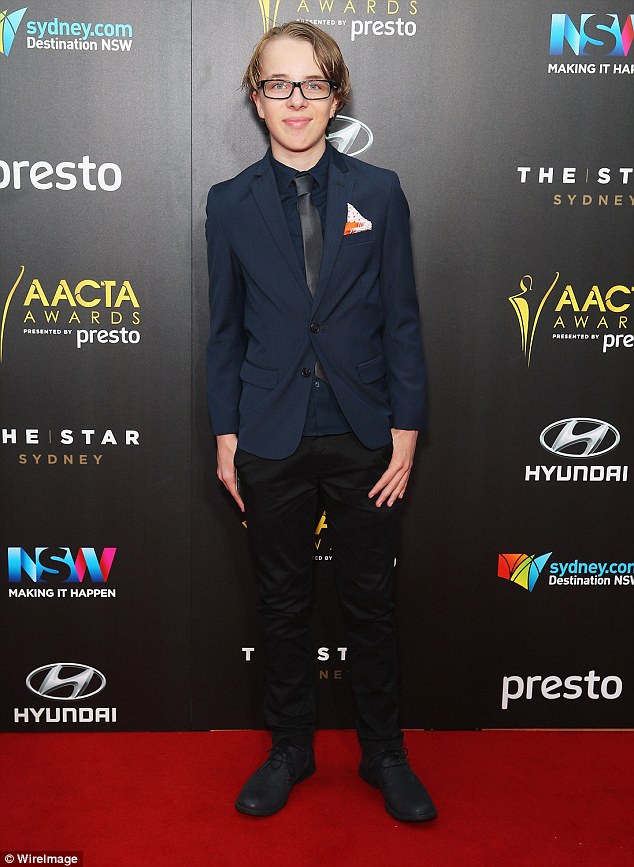 Ed was born to be an actor. After all, both of his parents are Sydney actors and both he and his brothers have been appearing on television advertisements since young. Ed also recalls falling in love with acting and the whole process behind it watching his parents on set. Acting was the world Ed grew up in and definitely where he belongs.

Ed is strikingly distinguished from the rest and indisputably hard to ignore. Having to read for an audition next to Matthew Moore, Ed left such an unforgettable impression on the actor that he was determined to write a movie revolving just around Ed. Six months later, Moore wrote his first short film inspired by the wonderful kid and directed it. The movie, starring Ed, was called “Julian” and the rest is history.

Ed’s next big role was in the Disney movie, “Alexander and the Terrible, Horrible, No Good, Very Bad Day” in which he stars alongside A-listers, Steve Carrell, and Jennifer Garner.

Again, he made a cut above countless of other auditions due to his remarkable reading of the character. Arteta, the director, recalled that his wife had shouted at him to stop when going through audition tapes and pressed him to rewind Ed’s audition tape. Both of them immediately agreed they had found the right person for the role. “He was completely unique,” remarked Arteta.

Entering the world of fame has its ups and downs but for a natural talent like Ed, he is handling it pretty well. Since turning up on set, premiers and interviews took a huge chunk of his schooling days away, Ed made up for it by taking private tuition in between shootings.  At times when the set called for a lot of intense work, Ed remembers taking a mental break by going to the school trailer and learning some math. Being able to juggle both school and his acting career, Ed proves his flexibility as an actor and why the spotlight was made specially for him. And he also finds time to have fun with friends.

And the spotlight did indeed shine on Ed and it very harshly. Ed recalls having to deal with endless interviews after each movie was done and most interviews consisting of the same questions. The press couldn’t help but be eager very to know who the next big thing was. If that wasn’t enough, the premieres were also full of screaming fans, countless of paparazzi and flashing lights, and a sea of interviewers ready to close upon the young actor.

However, given all the glitz and glamour, it is still all about hard work and staying true for Ed. Despite his new found fame, Ed still remains humble and only takes on roles he is sure he can portray with all his heart. He has even turned down a role opposite A-lister, Jake Gyllenhall because he did not feel it was meant for him. As for the movies he had agreed to star in include “Paper Planes”, “The Visit” and “The Amber Amulet”. He is also to star in the 2017 movie “Safe Neighborhood”.

This June 1, Ed will turn 14 and he is already shedding some of his more baby features. He is of height 5ft and 7.7 inches. With an adorable set of eyes and a smile to die for, we can definitely predict that he will be a teenage heartthrob in no time. Ed has a long journey ahead as an actor. Till then, keep an eye out on this spectacularly talented boy!

This is the reason that I'm happy to be alive in this time and age pic.twitter.com/NPb4uthJEp