Duchess of Cambridge Kate Middleton In Labor with 3rd Child, Possible names And News Related To The baby Birth

Royal baby on progress, Duchess of Cambridge hospitalize after going into labor with her third child.

Duchess Kate has been hospitalized in the early stage of her labor and we are ready to hear the good news. 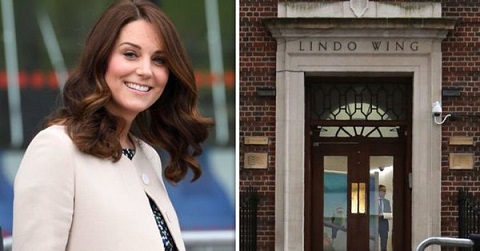 Also Read: Pippa Middleton Pregnant With First Child After One Year Of Marriage To James Matthews

The Kensington Palace announced that Duchess Kate was admitted to St.Mary’s Hospital, Paddington early this morning. In her early stage of labor, she was taken to the St.Mary’s Hospital in a car with The Duke of Cambridge.

Her Royal Highness The Duchess of Cambridge was admitted to St. Mary’s Hospital, Paddington, London earlier this morning in the early stages of labour.

The Duchess travelled by car from Kensington Palace to the Lindo Wing at St. Mary’s Hospital with The Duke of Cambridge.

Duchess Kate and Prince William, Duke of Cambridge are more excited than anybody to hold their new baby, a boy or a girl in their arms. In the routine scans, William & Kate has not revealed if they were welcoming a son or a daughter opting to be surprised along Prince George & Princess Charlotte. No clue related to the name of the upcoming has been revealed.

Casual post-breakfast walk to the Lindo Wing of St Mary’s hospital where Princess Kate has been admitted in the “early stages of labour” earlier this morning #babycambridge3 #dukeandduchessofcambridge #katemiddleton pic.twitter.com/MiPWhCNbnF

Kate spent nearly 10 months in labor while giving birth to Prince George but the delivery was quicker in Princess Charlotte time as it took less than 3 hours.

The Couple son Prince George is four who began schooling in September 2017. While her little sister turning 3 in May 2018, has started attending nursery school from this January in London.