Home Gossip Diana Krall and her husband, Elvis Costello are very supportive of their children.

Diana Krall and her husband, Elvis Costello are very supportive of their children. 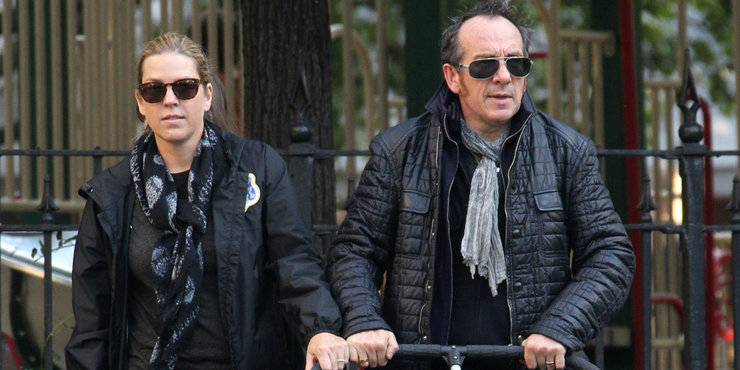 Canadian Jazz pianist and singer, Diana Krall and her husband Elvis Costello are known to be very supportive of their twin children, Dexter Henry Lorcan, and Frank Harlan James.

Married for over 12 years, Diana and Elvis are known to be the power couple. Though they come from the same music industry, there is no power struggle in their marriage. While some people wary of collaborating with their spouses, the couple have collaborated on many records as Glad Rag Doll.

In an interview with Daily Mail, Canadian singer says,

“The fact that he’s my husband didn’t really enter into it. There’s no power struggle in our marriage. Once we were in the recording booth, he’d give me a wink and a smile, and we had fun.”

The couple has really balanced their professional as well as personal life. Singer and songwriter Costello and Krall have been fulfilling their responsibilities for their children immensely.

After hectic work schedule, the couple spends quality time with their children. Their ten years old twin sons, Dexter, and Frank go to one of the best schools in Manhattan. But sometimes the couple could not make time for their sons when there are on tour.

The parents had a really hard time when they had gone for the longest show in Europe away from their children. Canadian singer Krall admitted that she would take her sons out of class for the tour if she has to.

“The boys are in a great school, but I will pull them out of class to be with us if I have to”, said Krall.

“It’s been really hard, so we’re going to have to decide whether to take the boys on tour and hire a travelling tutor. I’m still figuring that one out.”

The couple added that they love being in their house with their children. They said that they enjoy watching cartoon network with their sons.

Diana also revealed about their children’s interest in music. Their sons love to play piano and congas and they listen to all kinds of music. They like listening to rock music ranging from the Beatles to Elbow. The couple claimed that they have been supporting their children as much as they can and will always be.

Musician Krall admitted that her eagerness to play live is attributed to the love and support of her family. She believes that after the birth of her children, they have changed.

“All my choices are impacted by the love I have for the family. It’s important for you to do your work but it’s also been important for me to come home and read to my children and have the luxury of having time with them”, added Diana.

The songs of Canadian musician Diana Krall have the highest views in YouTube. She has an estimated net worth of $18 million.