Dani Soares Welcomes Her First Kid! Details On Her Relationships!

So, who is the father of her kid? What is her current relationship status? Is she married or dating someone? Know everything:

Dani Soares Has Welcomed A Kid

The 5 feet 7 inches tall actress, who is known for appearing in the reality television series Below Deck Sailing Yacht, has finally welcomed a child. The reality star has welcomed first child, daughter.

The 33 years old television announced the happy news on social media. Soares uploaded a photo of herself where she can be seen holding her baby girl’s hand. In the caption, she wrote: We both healthy and happy. Thank you for all the support. Will post more once mummy had some rest. 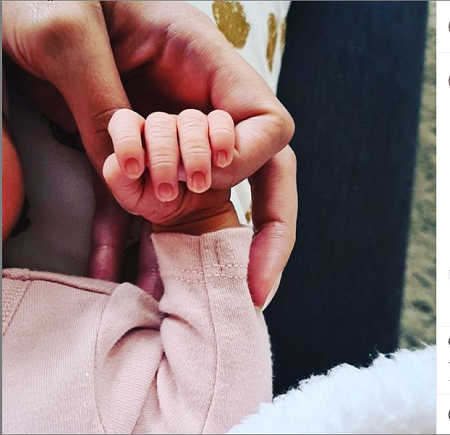 Her co-stars like Izzy Wouters, Ciara Layne Duggan, Alli Dore were quick to congratulate her.

Talking about the father of her kid, the reality television star once claimed that her kid’s father is not anybody’s business. She has chosen not to reveal her baby’s father.

Soares announced her pregnancy last month. Likewise, she was debuted her baby bump on social media.

In another candid social media post, the reality star revealed that her pregnancy journey was not how she has dreamed or planned.

Soares revealed the sex of her baby earlier this month. During the time, she also admitted to looking forward to developing a mother and daughter relationship.

So, who is Dani Soares Dating Currently?

Soares has been quite secretive when it comes to her personal life. She has not made many headlines regarding her relationships and affairs.

However, while checking her Instagram, she has somehow updated her fans on her private life. Back on 17th July 2021, Soares has uploaded a picture with a man, who she claimed as her love. They are definitely in a relationship, but it is not clear if they are married or engaged or just dating.

On Below Deck Sailing Yacht’s current season, Soares was captured having boatmance with her deckhand Jean-Luc Cerza Lanaux, which was recently played out on the show.

Besides this, there is nothing much disclosed about her past affairs and relationships.