Home Gossip Conan O’Brien fell in love with wife Liza Powel at first sight, Liza and talk show host husband have been married for over 12 years!!

Conan O’Brien fell in love with wife Liza Powel at first sight, Liza and talk show host husband have been married for over 12 years!! 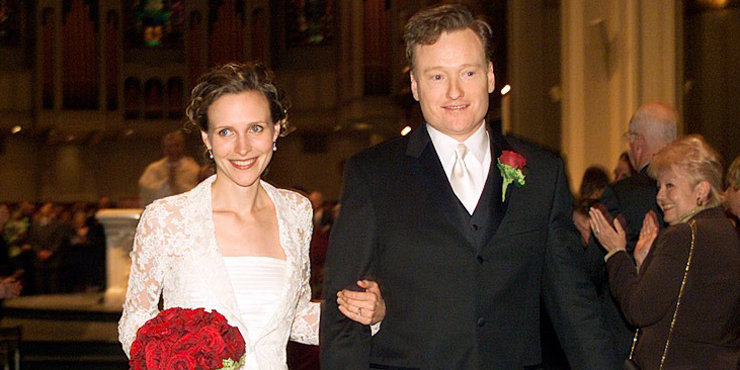 Comic-Con is a place for all the fans to discussion panels with the various cast member of their favorite shows and favorite. Amidst all this Talk Show host Conan O'Brien broadcasted his show from San Diego Comic-con.

Guests included Doctor Who's Peter Capaldi, the cast of X-men and the cast of the walking dead. Conan took the comic con stage by storm as he "hijacked" Comic Con. Hunger Games stars Jennifer Lawrence, Liam Hemsworth, and Josh Hutcherson also came in for an interview.

The convention which ended on 12th July 2015, was a success. Let's discuss Conan O'Brien's marital life and jokes below:

Conan O'Brien's wife, Elizabeth Ann "Liza" Powel is a copywriter. The pair met on the set of Late Night with Conan O'Brien in 2000 while they were doing a sketch involving Foote, Cone, and Belding, an advertising company, where Liza used to work.

After dating for 18 months, the couple got married in 2002. They are now the parents of two children, a daughter Neve, age 12 and a son Beckett, age 10 and Powel show full support for her husband. After Conan was dropped from The Tonight show, regarding the controversies that arose, she said,

The truth is, The Tonight Show was the definition of cultural relevancy for decades. And all of a sudden, it's not. That's not Conan's fault. 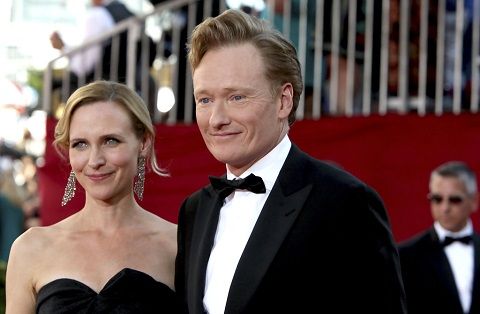 Conan has also expressed love towards his wife. In an interview with Piers Morgan, Conan once said that it was love at first sight for him. He said,

Somewhere, in the vault at NBC, there's footage of me literally falling for my wife on camera."But it's not just that she was beautiful,  she is "very intelligent, and funny, and a really good person.

Conan, who is known to make really funny jokes on TV recently made news after he talked about presidential election candidate Donald Trump. Doing an impression of Trump, Conan said,

"Donald Trump has been running for president for just a little over a week, and he’s already in trouble……"

Think about it, Donald Trump isn’t even president yet, and he’s already made America a better place.Today, Donald Trump reaffirmed his stance against gay marriage. Trump said, 'Marriage is a rich guy and his much younger third wife." This was in reference to Trump's own marital life. 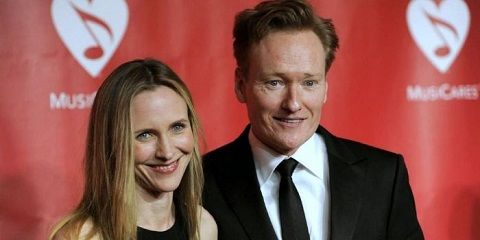 Apart from jokes about other's marital life, Conan likes to joke about his own as well. In an interview with comedy actress Mindy Kaling, while talking about not wanting to disappoint fans, Conan said,

" My wife accuses me of going too far. I'm like, "What's your name, it's nice to see you. Are you hungry? Would you like a steak? Would you like to sit at our table?" And so that can bleed over, for me, into a neediness."

Conan is now back in LA continuing the show in his studio. Recently, he interviewed Rapper Curtis Johnson, more commonly known as 50 cents. In the interview, they talk about Johnson's Muscle and Fitness magazine cover.