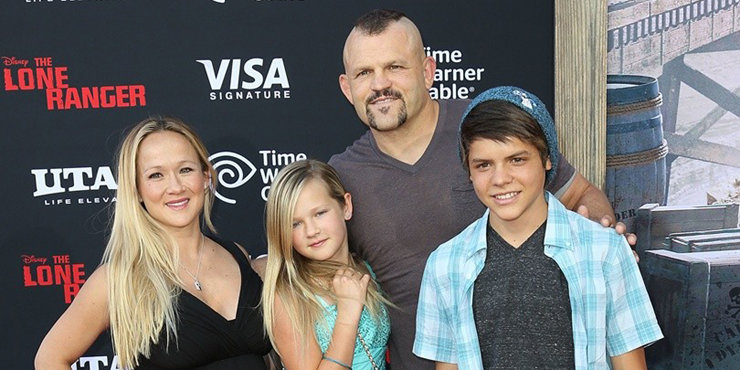 After losing three consecutive fights by knockout back in 2010, Chuck Liddell finally retired from the mix martial arts at the age of 45. Before coming to this decision, he was advised by his close friends and family to quit his fighting career. Considering their advice and opinions, the American mixed martial artist and Ultimate Fighting Championship Light Heavyweight Champion ended his 12 years long career in the mainstream martial arts on December 29, 2010.

After his retirement, the former UFC champion took up the position of Vice President of Business Development within the UFC. The announcement was made in a press conference where Liddell became very emotional while announcing his retirement and the end of his fighting career.

He bid farewell with these final words: "Most of all I want to thank my fans and my family. I love this sport and I'm excited to go to this new stage in my life and keep promoting the best sport in the world, the sport I love... now that I'm retired."

The moment was indeed very emotional. But now, this retired heavyweight champion does not seem to be regretting his decision of leaving as he is enjoying most of his free time with his precious children and his gorgeous fiancé.

Liddell is a lot happier to be with his adorable kids. And now that he has retired, he is giving as much time as possible to his lovely family. So, if you happen to be living in the same neighborhood as Liddell, you might find him throwing Frisbee or walking his dog in the park or you might even end up colliding against him in a local movie theatre enjoying ice-cream with his kids.

The UFC Hall of Famer, who recently won a $2 million in a lawsuit against fraudster Kelly, seems more and more attached to his children. Liddell has a daughter Trista with his ex-girlfriend and MMA fighter Casey Noland. He also has a son Cade from his turbulent relationship with former partner Lori Geyer. He later proposed to his girlfriend Heidi Northcott with whom he has a daughter named Guinevere, aged 4, and a son, Charles David Liddell Jr. The couple are eheidi ngaged but not married whereas some media outlets claim that beautiful Heidi is his wife.

The 6.2 feet tall former fighter is very fond of his children. The fighting giant celebrated the birthday of his beloved son Liddell Jr. in July. He even posted an adorable snap of him riding a horse on Instagram and Twitter and wished him a very happy birthday. In the picture, Liddell Jr. had a fancy army helmet with spikes. The young Liddell seems to be trying to match his father’s cool Mohawk haircut. (wink)

Liddell has stated a possibility of one last comeback in future and we hope to see him inside a fighting ring soon.