Christy Turlington never fails to catch our attention- whether she’s attending a boring conference or a charity lunch! The 47-year-old nineties model never fails to amuse us and this time she left us bewildered looking glamorous as ever when she attended a charity lunch in New York on Friday.

Christy showed us that even now she can rock pretty much anything, stunning us in a knee-length striped white dress teamed with a light gray crepe coat. She flaunted a matching smart leather bag as she sashayed wearing a pair of black pointed stilettos. She was accompanied to the lunch by her friends to the Michael’s Restaurant where the fundraiser for her charity organization Every Mother Counts was held. 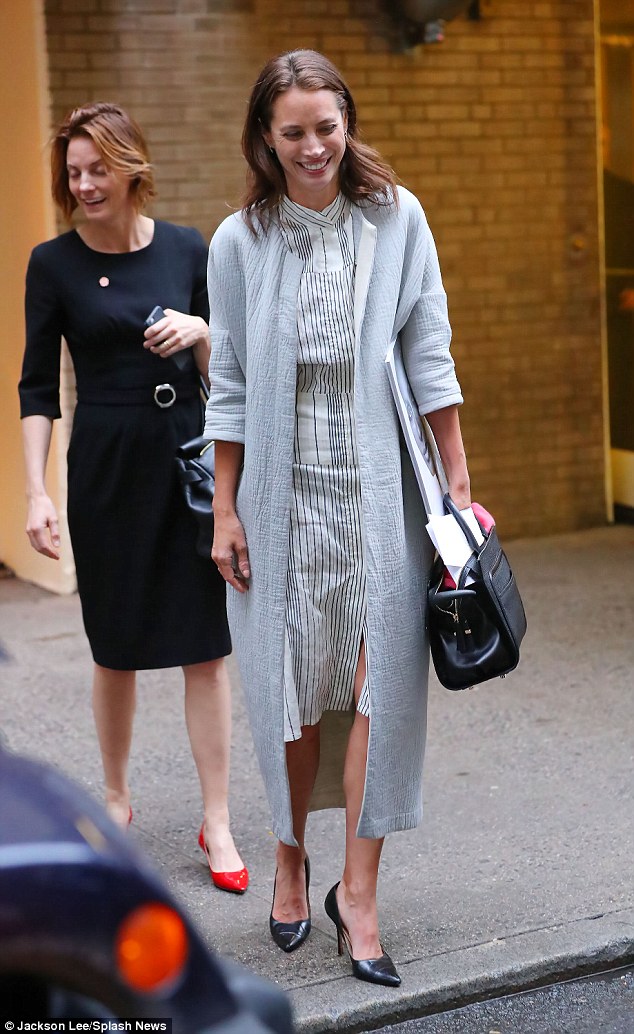 The charity lunch was held to promote her non-profit organization that is dedicated to making pregnancy and childbirth safe for every mother. The charity lunch at the upmarket New York eatery was attended by Dominican-American fashion model Cris Urena, doctor and founder of NGO Costs and Care Neel Shah among many other high profile personalities.

Every Mother Counts was founded in 2010 after having a near-death experience due to hemorrhage after giving birth to her daughter Grace in 2003. This very experience was what inspired her to “pay tribute to mothers all over the world who have to travel miles, often by foot, for healthcare and raise funds for her charity Every Mother Counts.”

We've teamed up with @EveryMomCounts to support safe pregnancy for every mother, everywhere. https://t.co/OQYh5aMv8c pic.twitter.com/nYAjNooBCX

“Once I learned about this, I couldn't unlearn it. And I felt compelled to try to figure out why and what I could do to change things,” she explained how she grew wary about millions of impoverished women around the world who don’t have access to life-saving healthcare during childbirth.

Christy Turlington is quite a philanthropist. On Thursday she attended the Moms & Social Good Conference in New York, the conference was held to bring together community leaders, leading development voices, and popular philanthropist to discuss on global issues impacting the health of moms and children all over the world.