Irish rock band Aslan’s lead singer Christy Dignam has always been on the headlines, whether it be his twenty-five years-long professional career or controversies relating to drug addiction and recovery. Overall these good and rough patches, his wife Kathryn is there for him.

Today, we will be talking about Christy Dignam’s married life with his wife. Also, get to know about his children:

Christy and wife Kathryn have been together since their young days. Recalling the moment of their youthful days, Christy revealed that his wife used to have skates and used to skate up and down his road when she was only fourteen years old. They first met at the age of fourteen and have been inseparable since then. 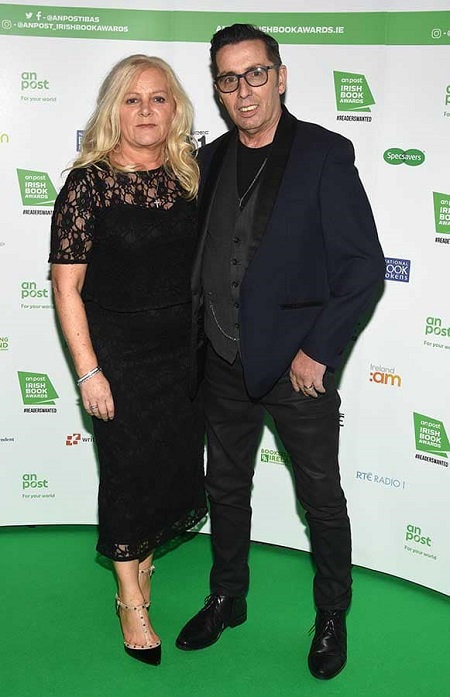 After dating for a very long term, the duo tied the knot in the year 1983. Even though the exact date of their marriage is not known, one thing is sure that they have been together forever. As of now, the lovely pair enjoys an almost 38 years old long conjugal life.

Over all these years, the couple has never been involved in any kind of controversies or any extra-marital affairs.

Christy and Kathryn are blessed with a child, daughter Kiera. As per sources, their daughter is also a singer. They are also grandparents to three grandkids. The name of their grandsons is Cian and Jake, whereas Ava is their granddaughter.

Dignam was once addicted to heroin in the 1980s. His drug addiction was one of the main reasons that lead to his eventual departure from the band Aslan.

The singer went through many drug treatment programs. He has mentioned his drug addiction journey in an autobiography named This is Christy Dignam which was co-written by Neil Fetherstonhaugh and published by Merlin Publishing.

Back in September 2010, he was admitted to the hospital for tests. Talking about his cancer diagnosis, the lead singer was previously admitted to hospital with a suspect of chest infection that progressed to pneumonia.

After many tests in March 2013, Christy was diagnosed with amyloidosis. He went through chemotherapy. Back in September 2017, during the time, the singer mentioned continuing chemotherapy.

In 2020, the Aslan singer revealed that he is again receiving chemotherapy for blood cancer, amyloidosis.

Christy was born on 23rd May 1960 at Holles Street Hospital and is currently 60 years old. He was born in Finglas, Dublin, Ireland, and belongs to Irish nationality.

His father, Christy Snr, died in May 2020. Talking about his father’s demise in the Irish Sunday Mirror, the singer revealed that he lost his father to COVID-19 in a nursing home. He explains the moment as a nightmare.

Christy explained that he never got to give his dad a hug or a proper goodbye.