Casey Neistat's Net Worth: His Sources of Income, House, Cars and more

YouTube has been a great platform to make money in recent times and it's helping a lot of people to become popular. With that being said, we're here with yet another YouTuber Casey Neistat, he's a Vlogger and co-founder of Beme; it's a multimedia company if you have no idea what it is.

Today, we'll be discussing Candice Pool's husband Casey Neistat's net worth, alongside his sources of income and his career details. 37, Casey earns the tremendous amount of money throughout his career. So, let's find out where all his money came from.

How much is Candice Pool's husband Casey Neistat's Net Worth?

Casey Neistat gained a huge attention in the year 2003 for a three-minute film "iPod's Dirty Secret" where he criticized Apple's lack of battery replacement program from the iPod. His that video has 1,645,932 views which earned him wide media attention.

Since then he is active in the field and is estimated to have earned a huge sum of money. 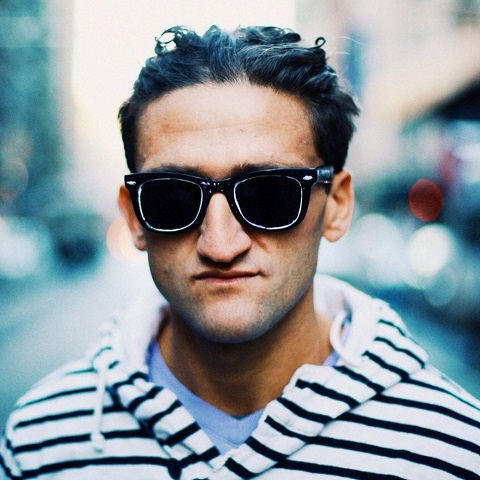 You might know about his multimedia company "Beme". He along with his team had to pitch the idea to the investors and so did the company derive from his own fortune. But now, he sold "Beme" to CNN at worth $25 million.

He will still be working with CNN on what the Beme will look like in the nearby future. Neistat also explained that selling Beme was not like winning any lottery. 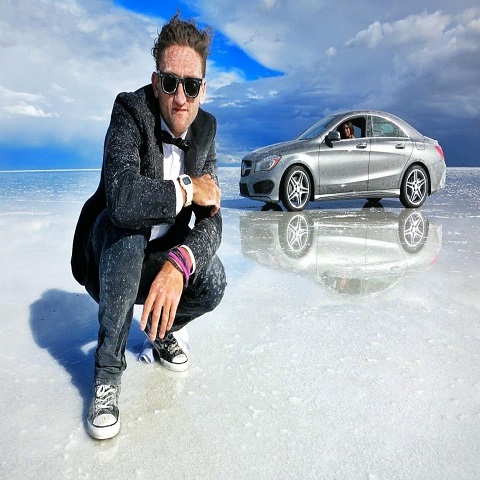 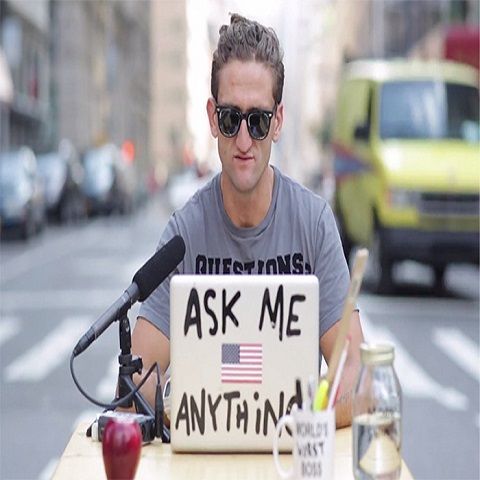 Besides this, Neistat also directs television commercials and have already worked with the clients like Google, Finn Jewelry, Samsung, and Nike. No doubt, this definitely helped him to make such a huge net worth.

He even played in the film "Nerve" in the role of himself in 2016. He served as the director for "3X3" in 2011 and worked as an executive producer for "The Pleasure of Being Robbed" in 2008. Check out his youtube earning he shared on Twitter. 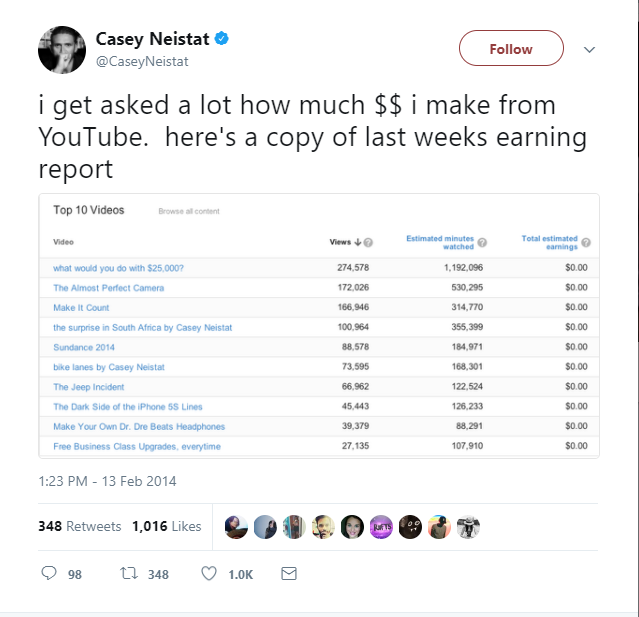 Neistat owns a beautiful apartment in New York, USA and often shares his apartment videos on his YouTube channel. He also owns a simple yet stylish house in New London, Connecticut. In his videos, it looks like his house is full of expensive furniture and antique pieces.

Neistat is fond of cars and loves to collect various models. Precisely, he has 1994 BMW 530I that would cost you from around $10,230 to $14,190. He often posts several pictures in different places with his luxury cars. Looking at his personality in his several videos, it can be seen he has a lavish life and earning a good sum of money.

We wish Casey for the bright future and success. He is still active in his profession and there is no doubt he will release several other videos by which his net worth will definitely rise in the near future.