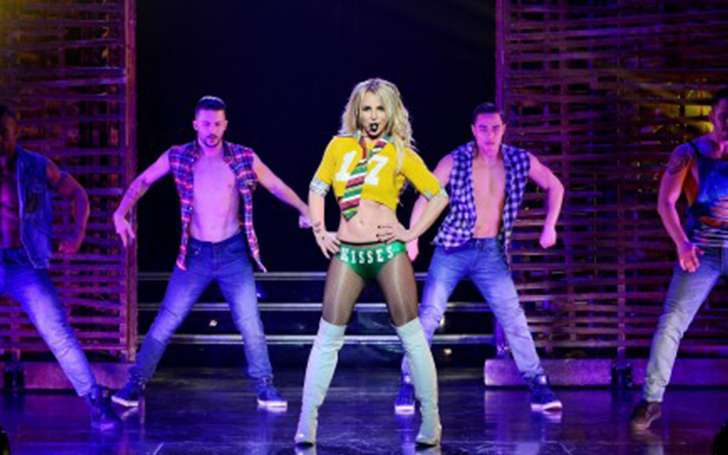 Britney Spears is a famous American singer, dancer, and actress. Who doesn't know her? The widely appraised American singer Britney is popular in every age group of the person from child to the aged persons. She is active in her profession since 1992 and she is considered as the complete package of entertainment.

Britney is one of the glamorous divas of the United States. Britney recently announced that her four-year Piece of Me in Las Vegas will end by this year. After she announced the good news, she appeared in Skimpy white Bikini. Her sexy appearance is currently making the news on the web.

The 35-year-young singer Britney looks pretty hot and sexy in her external appearance. She possibly is one of the rarest celebrities who is equally talented in acting, singing, and dancing. Her sexy figure takes a mind blowing looks as she appears in a bikini.

After spending busy months entertaining thousands of fans in Las Vegas with the Piece of Me residency show, now Britney is in her off time. She took herself straight to the beach as her vacation began.

She spotted on a dashing white bikini at the beach. She showed off her attractive washboard abs during her enjoyable time in the sea. Later, she shared a video of her day out via her Instagram with the caption: ''From start to finish...it was a good day."

She looked hot as hell in her skimpy white bikini. Anybody on seeing her will surely drop his jaws. New beach avatar put on by the queen of pop Britney Spears wrecked the internet recently. The video she shared on Instagram collected huge views.

Britney is currently living in Las Vegas. The superstar is living in the city as she has a four-year contract with Caesars Entertainment. Now her contract with the entertainment is being expired by this year and Britney still has to give a final show before she departs from here.

Singer Britney Spears during her performance

Recently, on April 10, Britney announced the date of her final show. Her final show will close out 2017 on New Year's Eve, with the 18 performances altogether. She told in a statement:

As I prepare to say goodbye to 'Piece of Me,' I had no idea how magical this experience would be. Having my fans from around the world come see my show has been amazing. I love Las Vegas and will miss performing this show.

The famous singer continued her farewell on the social media where she shared her feeling as "Saying goodbye to this show is going to be SO hard."

After she announced the final date of her Las Vegas show, her manager Larry Rudolph put his views with Las Vegas Review-Journal: "We are done with this show, and our next move is undecided. We are still talking with Caesars Entertainment and other interested parties in Las Vegas."