Home Gossip British Chef Gordon Ramsay's Net Worth is High and Earning a Huge Amount from Shows and Restaurants; Know his Cars Collection and House

British Chef Gordon Ramsay's Net Worth is High and Earning a Huge Amount from Shows and Restaurants; Know his Cars Collection and House 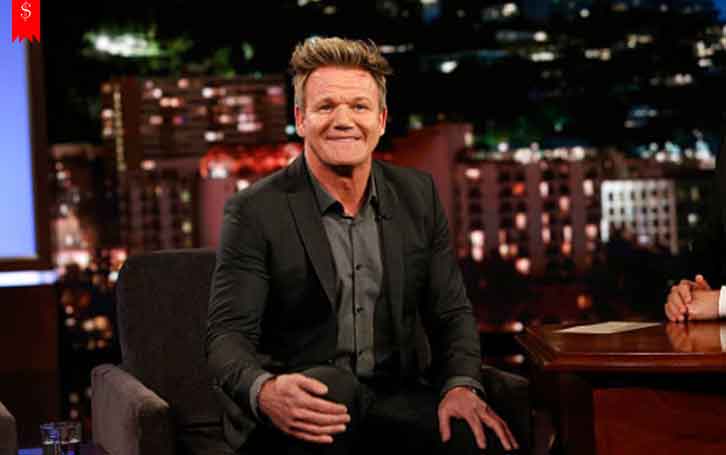 51 years British chef, and television personality Gordon Ramsay's restaurant has been awarded 16 Michelin Star in total. He is one of the best-known chefs in British popular culture and has influenced viewers to become more culinarily adventurous.

British chef Ramsay is also a footballer before he was a  chef. He has also appeared as a guest on television shows. He worked as a Commis Chef before he opened his own restaurant. His experiences helped him to expand his skills as a chef and opened several restaurants around the world and also helped to earn a huge amount of net worth. He has also appeared in numerous television series which helped to earn a good fame and pretty good amount of money so let us know much about Gordon Ramsay's net worth, earnings, and sources of income.

Famous British Celebrity chef Gordon Ramsay has been able to gather a huge amount of net worth from his cooking and television career. Gordon Ramsay's net worth is estimated to be around $175 million. Ramsay's salary per episode is $225,000 and in addition, he earns $45 million from media and restaurant empire.

SEE: Gordon Ramsay Is In a Married Relationship Since Long Time; His Family Life and Children 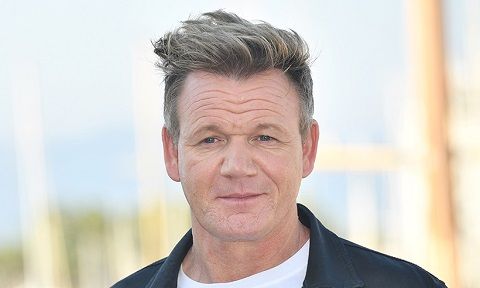 Ramsay opened his first restaurant in 1998, Resturant Gordon Ramsay at Royal Hospital Road in Chelsea. For his outstanding and exceptional Cuisine, he was the first Scottish to win three Michelin stars.

Ramsay was also a culinary consultant for Singapore Airlines and numerous catering organizations. He has recently opened a new restaurant in China and welcomes everyone to his restaurant sharing a picture of his new restaurant via Instagram. 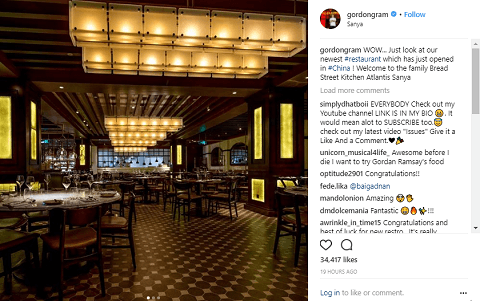 Ramsay is also in a partnership with his father in law, Chris Housten in Gordan Ramsey Holdings limited which purchased three English pubs and converted them into restaurants/bars establishment. 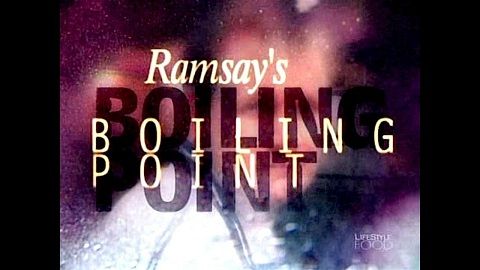 In 2004 Ramsay started working on two British television shows; Ramsay's Kitchen Nightmare and Hell's Kitchen. He also appears in television cooking competition Master Chef (which is the competition between the amateur chefs) as a judge and is also the producer of the show.

He recently shared the teaser video of the upcoming new season of the show Master Chef via Instagram.

The countdown until #summer is on and that means it’s almost time for an all new season of @masterchefonfox ! This year we’re totally changing the game.......#masterchef

In 2012 Gordon launched a show called Hotel hell. In the show, Ramsay visits hotels, motels, resorts, looks the beds and breakfasts and also helps them with there restaurant as well as with others aspects of the business.

Gordan has also won several awards in his television and Chef career including three Catey Awards, Michelin star and was also appointed Officer of the order of the British Empire by Queen Elizabeth II.

He was also named the Most influential person, in the UK Hospitality industry in the annual caterresearch 100 lists published by caterer and hotelkeeper Magazine. In 2013 Ramsay was inducted into the Culinary Hall of Fame.

Besides food, British chef Gordon Ramsay also loves cars. He owns several cars; one of his cars is Ferrari 550 Maranello that costs around $258,000.

Also Read: How much is American chef Scott Conant net worth? Know his Sources of Income, Books, and Awards 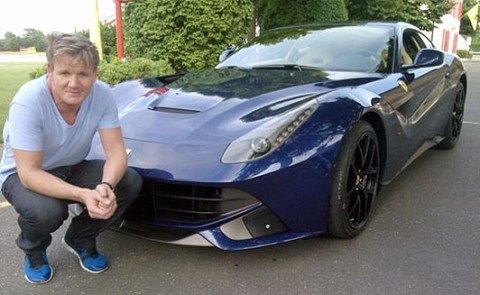 CAPTION: Gordon Ramsay posing in front of his Ferrari 550 Maranello for the photoshoot SOURCE: Celebrity Carz

Gordon Ramsey owns a beautiful mansion near Beverly Hills in the USA. The cost of the luxury house is estimated to be around $4.5 million and consists of 5 bedrooms, stunning infinity swimming pool, and many other features. 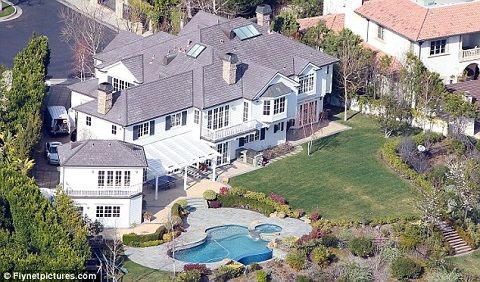 Ramsay also owns a house in London, U.K. The cost of the house is estimated to be around $4.8 million. The house was renovated from an apartment to the house with 8 bedrooms, large kitchen, tennis court, and many other features.