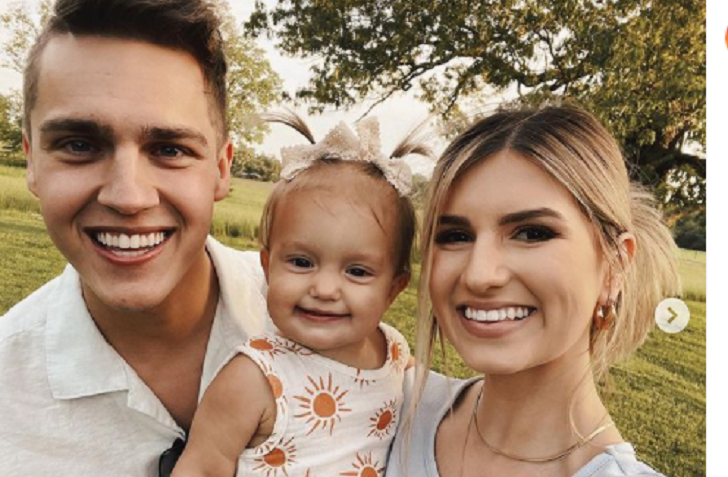 Scroll down to know about Carlin Bates’s personal life and professional career, including her pregnancy, married life, children, husband, and parents. Know everything below:

Carlin Bates Is Expanding Her Family!

Bringing Up Bates’ star and her husband Evan Stewart are expanding their family. The couple is expecting a second child together. The pair’s new addition will join the couple’s first child, daughter Layla Rae, born in January 2020.

Sharing the news, Bates claimed that every single part of the baby's journey is worth it. She also mentioned starting baby shopping adventures, morning sickness, midnight snacks, and food cravings. The pair said: Stewart Baby No. 2 is coming in 2022! 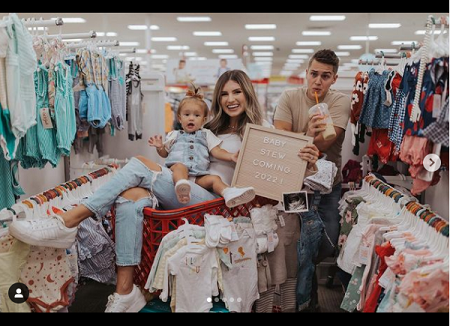 The pair even has done a Target-themed pregnancy photoshoot. The soon mom-to-be celebrated the pregnancy announcement with a shopping spree at Target.

Regarding the first pregnancy, Bates and Evan revealed that they were expecting their first child on 4th September 2019. During the pregnancy announcement, the couple announced that the child was due in February 2020.

Carlin and Evan started dating on 17th September 2016. As per sources, the pair first met while she attended a ladies' event hosted by Evan’s church. It was Erin who saw the possibility of them and set them up.

On 23rd March 2017, the pair publicly announced their relationship. In the sixth finale of Bringing Up Bates, aired on 14th September 2017, her father Gil was seen giving green signals to the pair to enter a courtship.

On 24th September 2018, Evan popped out the question during a romantic day exploring Portland together. He popped the question at Portland Head Lighthouse in Portland, Maine. Evan was the first to announce the engagement.

On 25th May 2019, the couple took their relationship to the next level. They got married at Castleton Farms in Loudon, TN. Ethan Stewart was his best man, whereas brothers-in-law Daniel Sparkman and Ben Randolph, future brothers-in-law Zach, Lawson, Nathan, Trace Bates, Brandon Keilen, Chad Paine, John Webster, Kelton Balka, and Bobby Smith were his groomsmen.

Gil Bates and Frank Gagliano officiated the wedding. The details of their honeymoon are not revealed; however, the reality star actually posted a photo of their passports a day after their wedding. So, it seems like their honeymoon was somewhere outside the United States.