Home Gossip Bill Paterson talks about movie star Alan Rickman, who died at the age of 69 and his work with children and young actors

Bill Paterson talks about movie star Alan Rickman, who died at the age of 69 and his work with children and young actors 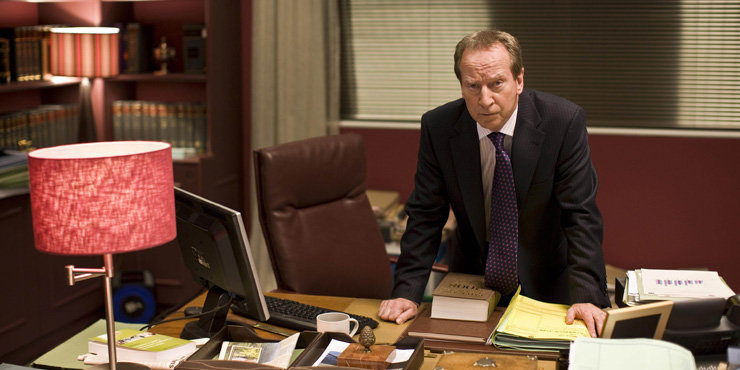 We recently lost one of the most iconic, talented and down to the earth actor in the history of cinema, Alan Rickman. We all were shocked to hear one of the saddest news of the year 2016. The actor died of pancreatic cancer at the age of 69, leaving his beloved wife and friends mourning over his death. In this moment of sadness, Alan’s co-star from Truly, Madly, Deeply and his close pal, Bill Paterson talked about him with BBC.

The Scottish actor shared how wonderful a person Rickman was and how he was ‘the benchmark for a generation and young actors’.

According to Paterson, he had "no inkling of the seriousness" of Alan Rickman's illness, despite visiting him just two weeks ago. The star, who is best known for his role as Professor Severus Snape in the Harry Potter movies, did not have any children of his own, which is why he was always quite supportive of young people, actors and charities.

Paterson began by saying: “I think many of the Alan’s closest friends are so shocked that I think that today many have found it difficult to talk about it, so I’m gonna do it for you if you like.”

The actor further added: “The essence of Alan was his support.”

The veteran actor told the BBC that Alan Rickman was a critic. And if he was present as an audience at anybody’s shows, not TV shows or movies, but most especially the theatrical shows, then one would surely get a good critique from him as he was a wonderful critic, though not necessarily a great one.

“He was the kind of benchmark for the whole generation,” Paterson praised his dead friend openly. He remembered the time when he [Bill] was doing a play at the ICA, where he met his wife. He revealed that only 17 people saw it. “Nobody saw it but Alan saw it twice. And he was still talking about it in these last weeks,” said the actor.

And the interviewer added: “That is friendship.”

Bill agreed: “Well that is concern. We all adored him. He was never anything other than supportive to us. He was the bottom line.”

At the interviewer’s request, Paterson went into the details of his last meeting with Alan and his wife, some two weeks before his death. “I saw Alan not long ago,” he said.

“I was in his house two weeks ago. we were having a little reunion and Alan was in hospital having check-up we thought. Rima [Alan’s wife] was talking to none of us.” Paterson’s facial expression turned grim as he talked about how broken Alan’s wife was during his final moments.

He also talked about how he got the news of his friend’s death. He stated that he received it from Juliet Stevenson, who appeared opposite Alan and Paterson in the movie Truly, Madly, Deeply.

“The suddenness of that, to keep that… to keep it… to be able to keep that from your friends, not to share it is not such an easy thing to do. It’s a very laudable thing because you leave the world with anything other than the glory of remembrance and I think Alan’s done that,” said Paterson sadly yet proudly.

Yes indeed! Alan has left us all with a lot to remember him with and he will always be remembered for who he was – a great human being and a humble and talented actor.

Paterson has been married to his stage designer wife Hildegard Bechtler since 1984. They have two children, a son and a daughter. They live in London.