Don't let two people fall in love with one person, the end will be worse. We all love reality shows as drama fights and lots of gossips catch our eyes. Bachelor in Paradise is no exceptional case.

Bachelor in Paradise is a television series which the spin-off the American Reality television game shows The Bachelor. Many people are in love with this show, because of drama the contestants put through it.

Mostly dramas come through the love triangle.In recent days another triangle had caught lots of attention in this reality show. So, today we will disclose Dean Unglert's love triangle.

Hearts broke up in a new season of Bachelor in Paradise, as a startup recruiter from Colorado, Dean was forced to choose between his two loves Kristina Schulman and Danielle Lombard with a revelation of a relationship with Schulman.

On one of the episodes of Bachelor in Paradise, the heart-wrenching moment was caught when Lombard gave an ultimatum to choose between two women he loves. 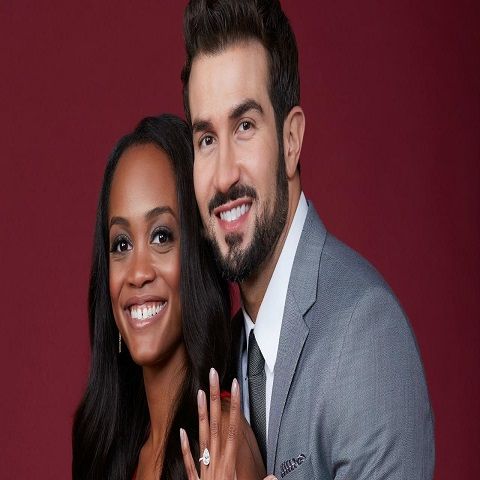 Dean turned into a huge dilemma and made a hard decision to pursue things with Lombard. He promised to give much of his time to Lombard. After this shocking decision from Dean, Schulman decided to leave the show. 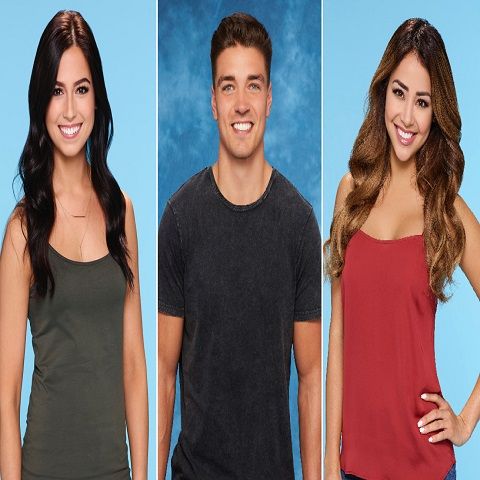 Dean who went from fan favorite to villain quickly defends"BIP" love triangle saying he feels bad and couldn't do anything differently.

In July the rumors of Kristina and Dean sparked after they decided to leave Mexico and travel together after production was shut down.

Kristina's time in BIP hasn't been relaxing and romantic as she hoped. After Danielle Lombard walked into the show, nothing was same between Dean and Kristina.

Dean chose his women and Kristina herself ended up the relationship.After the love triangle imploded, Dean took on Instagram to regret the moment with a caption "You were out of my league".

On the other hand, Kristina stormed Twitter with lots of tweets on her ex-boyfriend. Lombard, also threw shades on Dean saying he is not mature enough after the love triangle incident. She also thinks that she and Kristine have been misled. 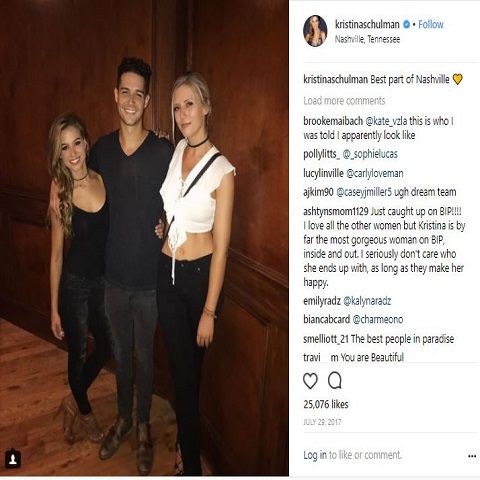 So you might be wondering, what is  Kristina up to in these days? Some sources have revealed, Schulman is doing great without Dean. If we look at the Instagram of Kristina you can see with handsome guys around her. 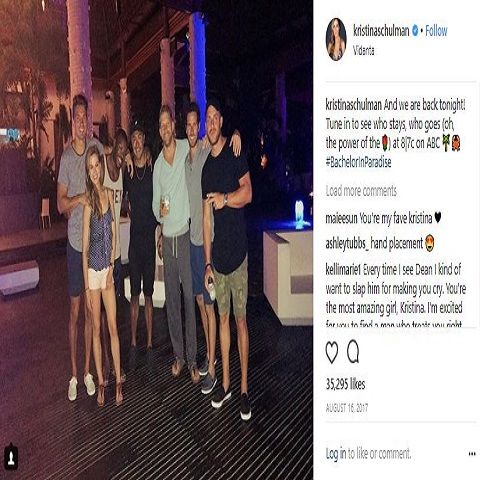 When you keep on scrolling Instagram of this beauty, you can notice she is throwing herself into the parties with friends. What a great way to recover from break up.