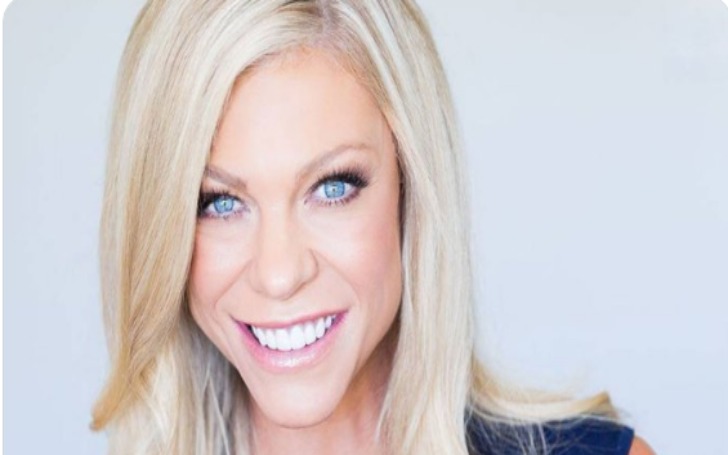 Australian TV host Erin Jayne Plummer is no more. The late tv host died at an early age. She was best known for hosting advertorials on 'Studio 10' and the shopping channel TVSN. Her co-hosts, Sarah Harris and Angela, confirmed this news in Studio 10.
For over two decades, Erin Jayne has been a friendly and familiar face on the Australian telly. So, today will be discussing Plummer's personal and professional career. Get to know everything below:

Cause of Erin Jayne Plummer's Death

Plummer has recently passed away this weekend, on May 23. She was just 42 at her time of demise. The reason behind the death of Plummer hasn't been revealed to the public. The news regarding Plummer's death was known when her co-hosts shared this news live in Studio 10. Saying, "We've got some really sad news to share this morning," continuing they sympathy her death and talk about her achievement.

Her husband and three children have survived Plummer.

Personal Life? Married to whom?

Studio 10 Tv host was born on March 15, 1980. She is a native Australian who went to Mackellar Girl High School for her early education. She went to Macleay College for her higher studies, although her education qualification is not revealed yet.
Despite being 42 years, she looked very young. Plummer was approx 5 feet 7 inches (172 cm) tall and weight around 53 kg. Even though she looked very friendly in Tv advertorials, she was also friendly in real life. She is liked by her friends and colleagues, which can be known through her friend.
Plummer is a married woman, and she has three daughters. The name of her husband and children is not known yet as she hasn't talked anything about her family online.
Recently, a Gofundme page has been created to raise a fund to help Ms. Plummer's family keep the household running and support with anything else they may need. Also many Facebook page has been made by her name.

Not only Plummer was a amazing tv host She was also very good athlete. Back in her school days she used to participate in many sports. Although she was good in every sports but she was best in swimming.

In past Ms Plummer was discovered at Manly Beach and appeared in an international tourism campaign. She participate in synchronised swimming many time. In her lifetime She had won eleven national synchronised swimming titles in total. Also she had represent her country three time in world swimming championship.

Professional Life and net worth of Erin Jayne Plummer

Although Plummer was good at swimming, she didn't choose to be a professional swimmer as it was her interest only. She always wanted to become a TV presenter and entertain people as she grew up watching tv. After completing her degree in Journalism Plummer pursued her dream to became tv presenter. Seeing her beauty and talent we can say she didn't have any hardship to get a job as tv presenter.

Before her death she used to work for Studio 10 and shopping channel TVSN as advertorials host. Previously she had also worked for MTV, Totally Active Tv and  The Morning Show. TVSN host had been in this field for more than two decade which is a lot of time which shows how much she was attached to this field. Plummer have also appeared in the commercial of SunRice, Gatorade, Sony Wega, Razzamatazz, Australian Tourism, Allens Lollies and Subaru.

Talking about her net worth it is estimated to be around $10 million which she had earned from her long career as TV presenter and from her acting in different commercial,