Home Gossip Australian singer Guy Sebastian, who is married and has 2 children with wife, tired of gay rumors

Australian singer Guy Sebastian, who is married and has 2 children with wife, tired of gay rumors 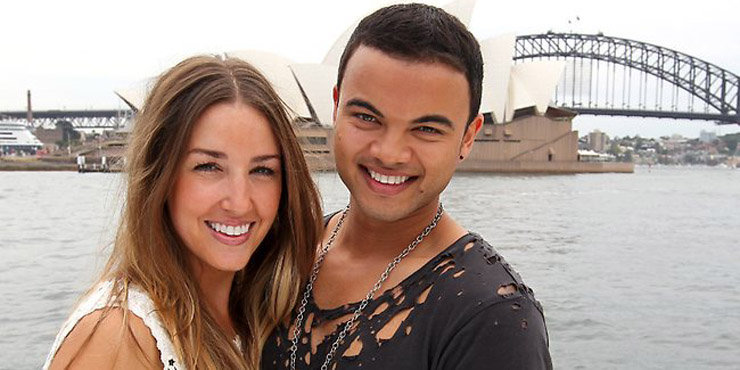 Australian singer Guy Sebastian would never have imagined that his simple remarks suggesting that there is nothing wrong with being attracted to the same sex would categorize him as one of them. So, it came a huge surprise to him when Sebastian first heard rumors pointing out that he is gay. The winner of Australian Idol in 2003, who is married to his wife for nearly seven years now, seems to be tired of these rumors. He is already a father of two children and still people doubt him!!!

Guy Sebastian had previously spoken openly in the favor of gay marriage in an interview. “I don’t think anyone has the right to tell someone who they can and can’t be in love with” he said. “You look back at the unfair things that happened in the history and this will be looked back as one of those things.”

He further added, “People will think ‘Oh my gosh I can’t believe that state that they held those views.’ It’s pretty unfair for people to not be able to claim the same benefits, that’s ridiculous.” These carefree comments brought a lot of criticism in the media and some went even that far to call him gay. Sebastian  has said that the people’s remarks on his comments has had him irritated.

Sebastian, unlike what many accuse him of, is completely straight. In fact, he has been in a long term relationship for over one and a half decade. He had started dating Jules Egan in 1999. After dating for eight long years, they finally tied the knot in 2007. Their first child, Hudson, was born in 2012. In November 2013, the duos announced a second pregnancy. The following year, they had added a yet another sweet baby boy to their family. He was named Archer.

Sebastian was born in Malaysia, raised in India, and finally lived in Australia after his family migrated here in 1988. The 33 year old singer started his formal career in 2003 after winning the Australian Idol this same year. From his childhood, he was always interested in playing instruments like violin, guitar and drum. Although he never received a formal education in any of them, he was really good at it.

After winning in 2003, he travelled to Britain and went in to compete in the World Idol. Despite impressing a couple of judges and audiences, he could not bag the trophy. Nevertheless, he finished seventh there.

After these competitive events, Sebastian began writing songs and singing them. He created a lot of albums. His debut album, Just as I am, achieved an instantaneous hit. The second single “All I need is you” was also a grand success in Australia. In 2010, he was chosen as one of the judges in the show X-factor which was a great achievement for him. He has still continuing this work of his.