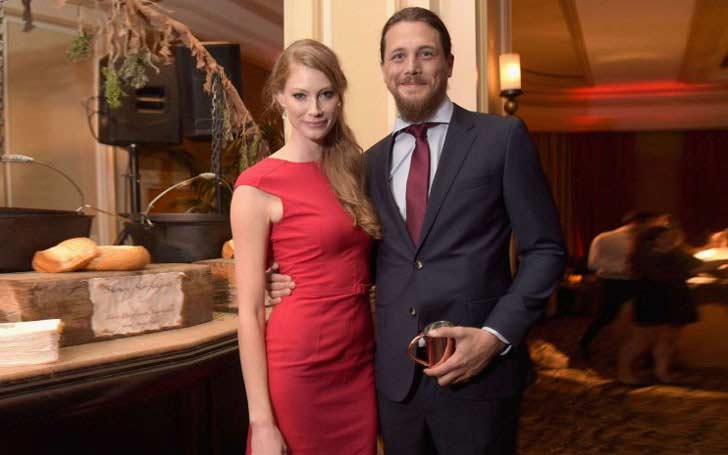 An Australian actress and model, Alyssa Sutherland is married to her long-term boyfriend Laurence Shanet for more than six years and still going strong together with lots of love for each other.

We all know that the age doesn't matter if there is love between two people. Despite having 17 years of age difference, Alyssa, and Laurence is in a romantic relationship with each other for a very long time. Today in this section we will disclose the reason behind their perfect relationship and do they share any children together? So stay tuned until the end to know it all.

The 35 years Australian actress, Alyssa married to her long-term partner American director Laurence Shanet. The pair tied the knot on February 5, 2012, on Natai Beach in Thailand in front of their close ones.

Also, see: Age 35, Vikings Actress Alyssa Sutherland Salary From Her TV and Movie Appearance and Net Worth She Has Achieved

Starting from the beginning of their love story, the pair first met each other on a bus while both were heading toward snowboarding region outside the NY in 2008. After a year of their first meeting, they came out as a dating couple in 2009. And in 2012, they turned their dating relationship into a marital relationship. 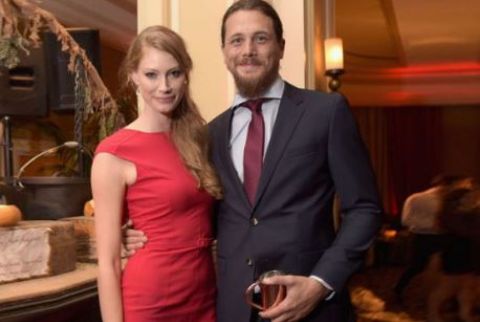 Although being from the different countries and a huge age difference, the couple has a very good relationship. It has already been more than six years the couple is married and still going strong. Although both of them have a busy schedule in their work they have managed to spend time together in their holidays as we can view some of their pictures together in their social media. 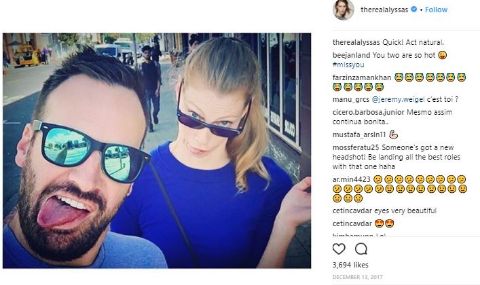 The couple is married for more than five years and you all might be wondering the couple has children together or not? If we go through the Instagram of Alyssa, we can most of her picture with little Kids which has to make think all the people that she is already a mother. But if we view the picture with a caption then you would get to know that all the kids are of her brother. 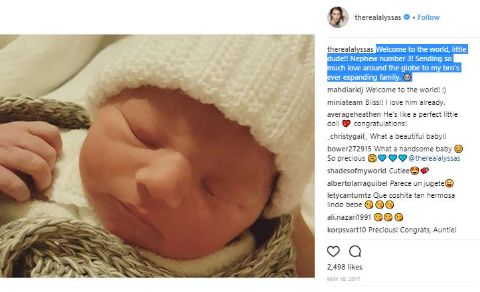 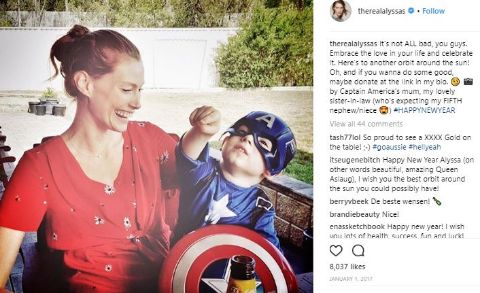 Alyssa is very close to her Nephew shares a lot of pictures of them regularly. Till now she has not given birth to her own child but after viewing all this picture, we can say that she loves to spend time with children but maybe her career has stopped her from having her own.