Although Finland may have had their victory over the United States on Monday night at the World Hockey Championship, American player Auston Matthews totally stole the spotlight outplaying Finnish player Patrick Laine. Auston Matthews has been the consensus No. 1 pick for most of the NHL season. 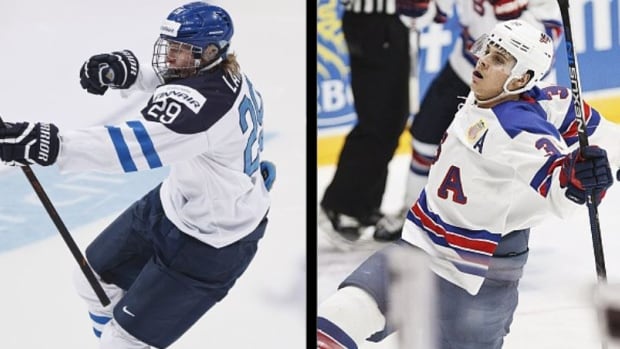 The hockey stars had a face off against each other as Finland beat the U.S in a final score of 3-2. When the two had the head-to-head battle, Matthews won it registering the lone point between the two. Matthews also assisted on Frank Vatrano’s first-period goal.

Both Laine and Matthews showed plenty of skill through the first three games in the tournament. Matthews scored two goals and two assists are tied for eighth in tournament scoring. Matthews started the tournament on a line with Jordan Schroeder and Patrick Maroon. Despite the line juggling, Matthews has still impressed us but sadly not himself!

Big night for @A_Matthews34 with two goals. RT if you think he'll help get @usahockey a championship #IIHFWorlds pic.twitter.com/fPtuhI0twJ

However, both Matthews and Laine were very critical of their performance, even Finnish player Laine despite their win that night.

“We lost, so it didn’t turn out well,” said Matthews, the No.1 prospect.

“I think this was the worst game for me in a long time and I don’t know why,” said Laine, who is the No. 2 prospect. “But always you can play one bad game in a tournament and mine was now.”