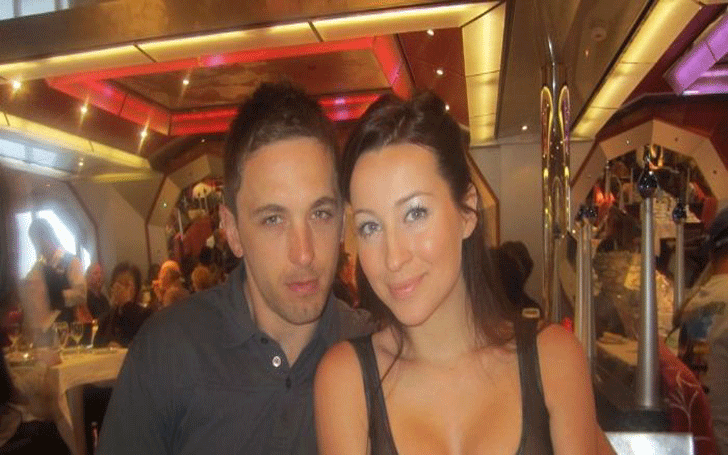 Ashley Leggat married her longtime boyfriend, Jeremy Williams for six years now. The couple is blessed with a child, a daughter. On deck, let's see their married life along with Ashley's past affairs and relationships.

The 30-years-old Ashley Leggat is a Canadian actress, dancer, and singer. She is known for her roles as Casey McDonald in the Canadian family comedy series 'Life with Derek' and as Ashley Dunnfield in the television movie 'The Perfect Roommate.' The 33-years-old Jeremy Williams is a Canadian professional ice hockey center who currently plays for the Straubing Tigers of the German Deutsche Eishockey Liga (DEL). He is famous for Austrian Hockey League.

Ashley and Jeremy met in the year 2007 and after their first encounter, they just have been inseparable. The couple dated for four long years and finally called their relationship official.

The pair tied their knot on August 6, 2011, and the couple is living happily ever since their marriage. They have a daughter together born in February 2017.

Ashley time and again makes a lovely post of her husband Jeremy and daughter on her Twitter. Check out some of them!

The couple is now extremely busy on taking care of the baby. They are trying to be excellent parents as they could despite their busy working schedules. It is sure they are doing best as they can.

Even the fans admire this pair so much and constantly compliment the couple on their married life.

The lovebirds even make romantic trips together now and then.

From these numbers of lovely posts, we can say that the couple is blessed to have one another and moreover, their baby has brought a lot of happiness into their life.

Apart from Ashley's ongoing married life of six years, let's get to know her past boyfriends as well in detail.

According to the dating profile of Ashley, she has had three relationships in the past excluding her hubby Jeremy.

Sources tell that she dated Steven Lawson in the past. He is an actor and producer, known for 'Just for the Record', 'Dead Cert' and 'Want to Delete Your Facebook?' Although the reports of their possible romance are quite vague.

She also got romantically linked with Wojciech Wolski in 2006. He is a Canadian Ice Hockey player and the couple's relationship lasted only for a year. They broke up in 2007 and the reports tell that Wolski dated Polish model Marta Kupra after he split with Ashley.

A lot of gossips and news were published relating Leggat's affair with her co-star Michael Seater of 'Life With Derek' in 2010. He is a Canadian actor, writer, director, and producer. He is best known for his lead role as Derek in the popular Canadian sitcom 'Life with Derek.'

Seater was part of the Stand up! Against Bullying campaign with his fellow co-star Ashley Leggat. Now they are no more together and Michael is currently dating Canadian actress Stacey Farber.