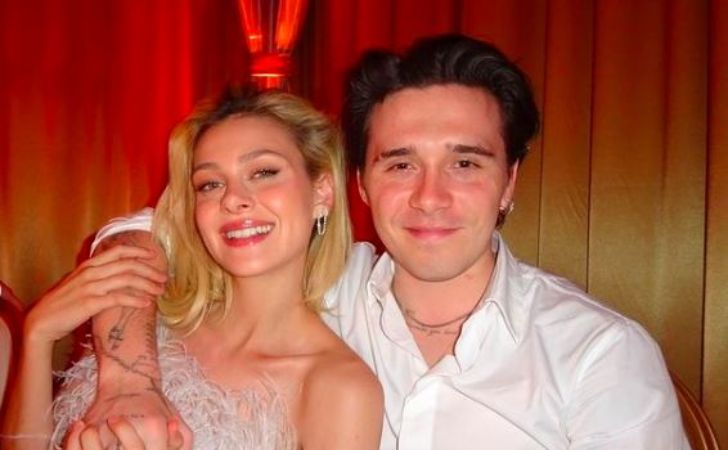 On 2nd January 2022, Beckham posted a three photo series on Instagram with a caption, "Here we come 2022 x me and my wife are coming for you xx". After that, fans and followers began speculating that the couple got married in a secret wedding ceremony.

The lovely couple sparked marriage rumors after Brooklyn called his fiance 'my wife' on his recent Instagram post from 2nd January. Although Beckham and Peltz haven't addressed the speculations yet, they haven't denied it either. 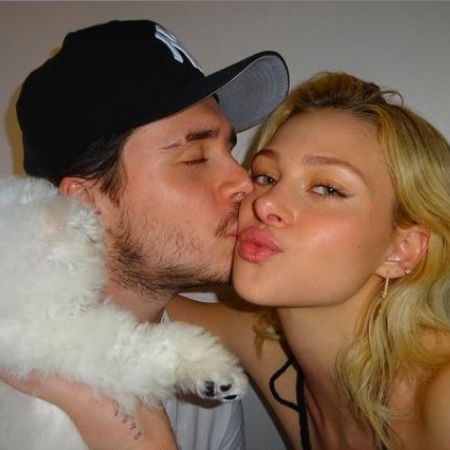 After the post went viral, several fans congratulated them and sent their best wishes. Looking through the comment section, one wrote: "Married already? Congratulations"

Likewise, another wrote: "Didn't know you got married congrats." Whereas, the third one wrote, "Wait, what... Did you guys get married."

During an interview with Hello! in 2021, he talked about his marriage plans and said:

"We've been engaged for a year and if COVID wasn't a thing we'd have liked to have been married already, and it has been a bit difficult,"

He had also talked about marrying in 2022 saying: "You know, I've only just started to travel again, I'm traveling a little bit now but hopefully, it'll be next year,"

He also added: "I'm marrying my best friend so we kind of have our own little bubble together now and it's just really nice,"

How Did Brooklyn First Meet Nicola?

The English model first met Peltz in 2018 during the ultra-trendy Coachella music festival in California. At that time, the Bates Motel actress was 23 and the oldest son of David and Victoria was just 19 years old.

Likewise, the couple sparked dating rumors in October 2019 after being spotted together at a Halloween party.

A few months later, Brooklyn and Nicola confirmed their relationship via Instagram with a cute mirror selfie posted a few days after 2020's new year.

The same month, he posted a cute Instagram post wishing her on her birthday. He captioned the picture, "Happy birthday babe xx, You have such an amazing heart xx."

In a similar way, in February 2020, they attended the Saint Laurent fashion show at Paris Fashion Week in a matching look.

Beckham Popped The Question With A Ring Worth $350k

On 11th July 2020, the young lovers took their relationship to the next level after Brooklyn proposed to his then-girlfriend with a ring reportedly worth around $350k. He had proposed to Nicola after dating for just nine months. 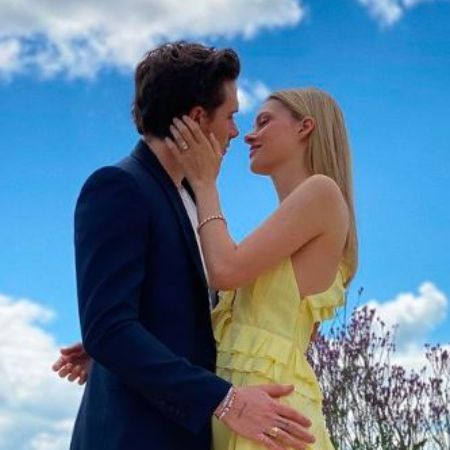 The engagement news was announced two weeks after the actual proposal. He revealed the big news via Instagram saying: "Two weeks ago I asked my soulmate to marry me and she said yes xx. I am the luckiest man in the world. I promise to be the best husband and the best daddy one day."

After a while, the budding cook talked about the proposal on his show, Cookin' With Beckham, with singer Sebastian Yatra. He talked about how long they've been engaged saying:

"Over a year ago now. I got like a bunch of flowers and candles. I got down on one knee and got the ring out and she didn't have a clue what I was doing."

He continued: "She just started crying her eyes out, but she didn't say yes for like five minutes."

Brooklyn ended the statement by saying, "I was sweating like "oh no", it was a long five minutes."

As per various reports, the couple paid an extra $1 million over the asking price, $9.5 million, to bag the property.