Today, it's about Andrew Roane Dick aka Andy Dick who is an American comedian, musician, actor, and television and film, producer. Now, he is alleged of sexual harassment and allegation cases. Moreover, he is fired from the movie. Read More:

Though there is no any confirmed information of the alleged victims, a couple of sources claim about Dick's inappropriate behavior. Sources claim that he groped people's genitals, licking, unwanted kissing and sexual propositions to at least four members of the production.

It is still not confirmed and no any details if those alleged victims were actors or any crew member. 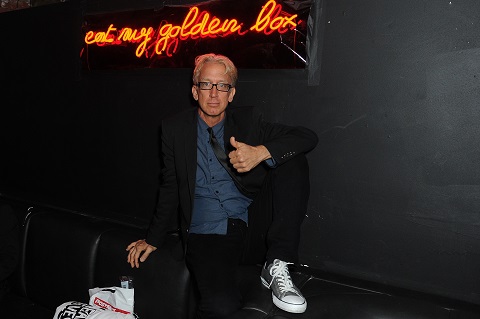 For his inappropriate behavior and harassment on set, Dick has been dropped from the film Rasing Buchanan. He confirmed the news to THR and said that he was let go from his small role in the film.

Furthermore, Dick denied all those groping claims and said that it's possible that he licked people. He confirmed that he made advances on others.

It's quite surprising for millions of Andy Dick's fans. As he has always been in the headlines for his incredible comedy skills and intentionally offensive behavior, it's quite shocking when he was alleged with sexual harassment and allegation.

Dick claimed that he has always been aware of his reputation. When he was accused of all those sexual harassments, he first took the condition lightly and joked it. Later, he denied the fact that he ever groped anyone on set. He said:

I don't grope people anymore. I don't expose myself anymore,

I do understand that the temperature in the world right now is delicate.

After Harvey Weinstein's sexual harassment case got flashed in the media, the situation has now been too critical and sensitive. So, after Andy Dick, who's NEXT?