Amir Khan is Living Happily with his Wife Faryal Makhdoom and Children,Know about their Married Life

Amir Khan; one of the famous professional boxers has won a lot of awards for his boxing career. Amir has earned a lot throughout his career but today we are not here to talk about his professional career and progresses but about his personal life, wife, and children.

Amir Khan is married to his long-term girlfriend Faryal Makhdoom who is an American model. The couple has been married for four years and is living happily with a child. Here we have gathered all the information regarding the Amir Khan and Faryal Makhdoom married as well as personal life. So keep on scrolling.

Amir Khan is a former unified light-welterweight world champion, having held the WBA title from 2009 to 2012, and the IBF title in 2011. The world-known boxer Khan and his beloved Faryal have been together for a long time.

They got married back in the year 2013. They were introduced to each other by a mutual friend. Amir and Faryal officially started dating from 2012, after hitting at a party in New York. Both the couple were young when they started dating. 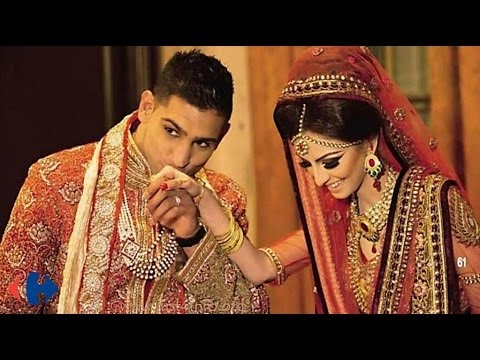 [ CAPTION: Amir Khan getting married to his wife ][ SOURCE: YouTube ]

After a year, in 2013, the pair got married and Faryal was just 20 back then. They got married in New York ceremony and later again celebrated the matrimony in the UK with over 4000 guests. After a year of marriage, the couple gave birth to their first baby daughter Lamaisah on 23rd May 2014. 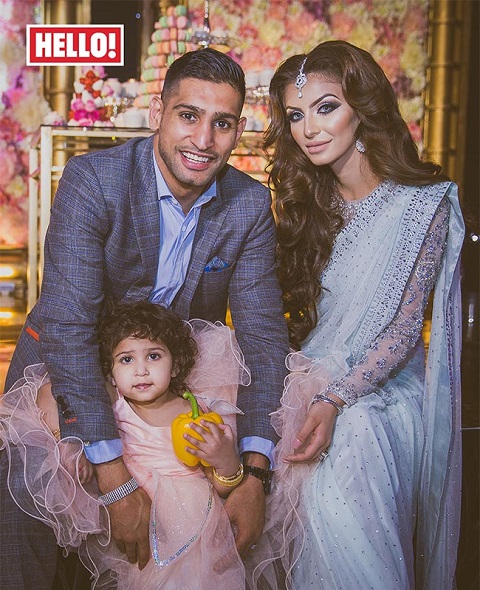 Recently on 26th August 2017, Faryal announced through Twitter that she is pregnant with their baby number 2. So, there are not many days left before the couple is officially the parents of two.

Are Amir and Faryal still together?

If you are a follower of the couple, you must have heard that the couple decided to get a divorce recently in 2017. If you haven’t heard about it yet, we know you must be wondering ‘what the hell’, Faryal is pregnant with their second baby, how can they get divorced? 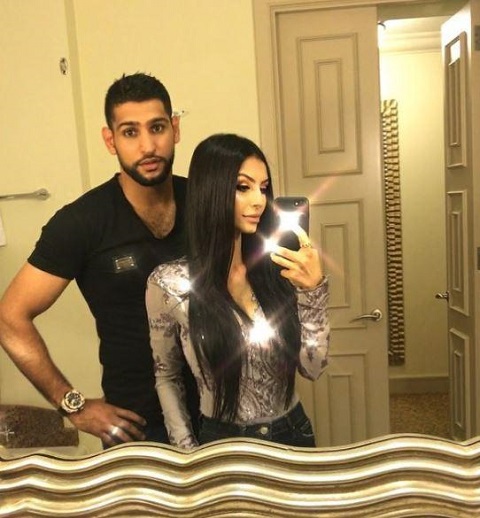 Well, before showering you guys with the bad news, first, know that they’re already back together. Thus, there’s no need to worry. Moving on to why they decided to get separated, it was out in the news that Faryal cheated on Amir with a fellow boxer Anthony Joshua. And Amir confirmed about their separation by posting on a Twitter account,

‘So, me and the wife Faryal have agreed to split. I’m currently in Dubai. Wish her all the best’.

Also, read: Saul Alvarez and Amir Khan: Khan is ready for the fight

However, the couple is now back together and the reason behind it is because Faryal was pregnant and Amir said that it is was ok in Pakistan to get divorced while the wife is still pregnant. Let’s now hope that the family of four live happily ever after.