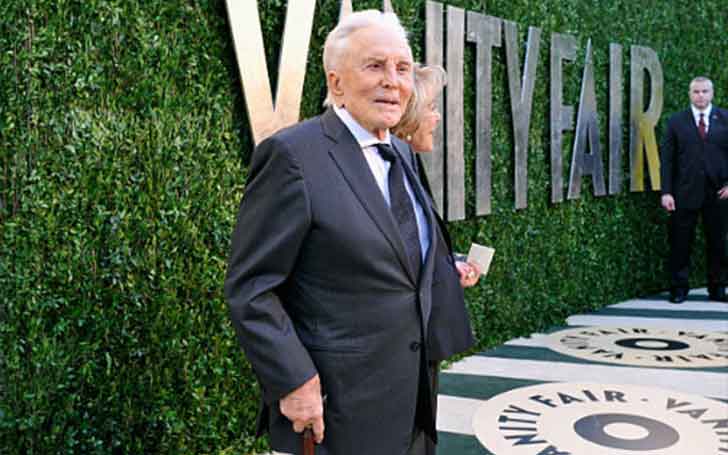 The American actor, producer, director, and author, Kirk Douglas who has a net worth of around $60 million has married twice. Currently, he is leading a happy married life with wife Anne Buydens with whom he has already spent more than six decades.

Being at the age of 101 and still going on in professional life is a rarely heard of. The American actor who has already celebrated his 101st birthday is still working and has a very successful professional life. On this particular topic, we will be discussing his personal life, giving priority to his marriage. Having an unsuccessful marital life with first wife Diana Douglas how did he manage to save his second one for more than 60 years. Have a look till the end to know all the answers of the question.

As per the saying goes, sometimes in life, a second chance can be the best one. Likewise, Kirk Douglas who failed to save his first marriage is having a good life with his second wife, Anne Buydens. The pair tied the knot on May 29, 1954. It has already been 64 years, and the couple is still together with each other. 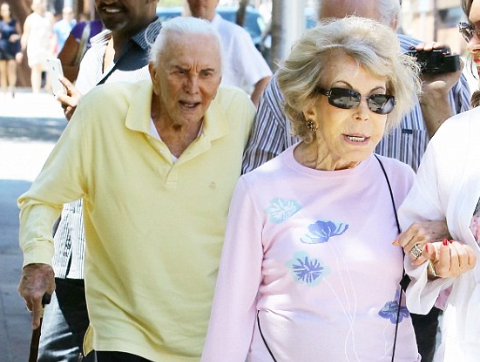 Talking about their love story, Kirk first met Anne in Paris while he was acting in the location of the movie Lust of Life. Although Kirk has been found in numerous extramarital love affairs, his wife, Anne has never left him.  In 2014, the old couple celebrated the 60th anniversary of their wedding at the Greystone Mansion in Beverly Hills.

The pair together shares two sons. Their first born, Peter is a producer and second son, Eric was an actor who died on July 6, 2004. The cause of their second child's death was due to an overdose of alcohol. 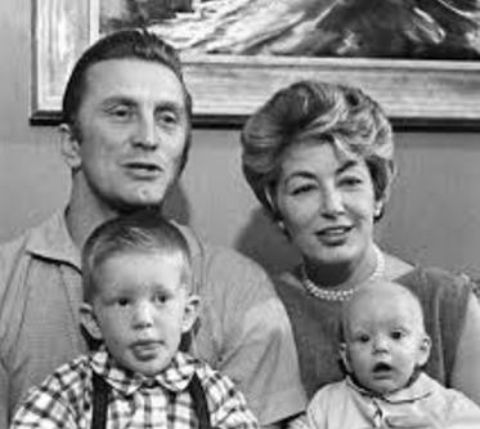 As we know that Kirk has married twice in his life, at first, he was married to the late American actress Diana Love Webster aka Diana Douglas who died at the age of 92. Kirk married to Diana on November 2, 1943. However, their relationship didn't last long for more than eight years and got divorced in 1951. 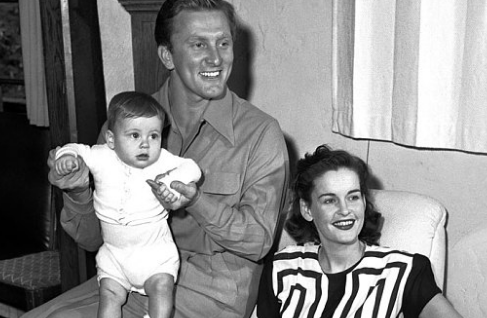 Kirk and Diana also share two sons together. Both of their sons have been involved in Hollywood industry. Their first child, Michael Douglas is an actor and producer while another son Joel Douglas is a producer.