Home Gossip American lawyer Mark Geragos; Married to Paulette Geragos, How Many Kids Do they have?

American lawyer Mark Geragos; Married to Paulette Geragos, How Many Kids Do they have? 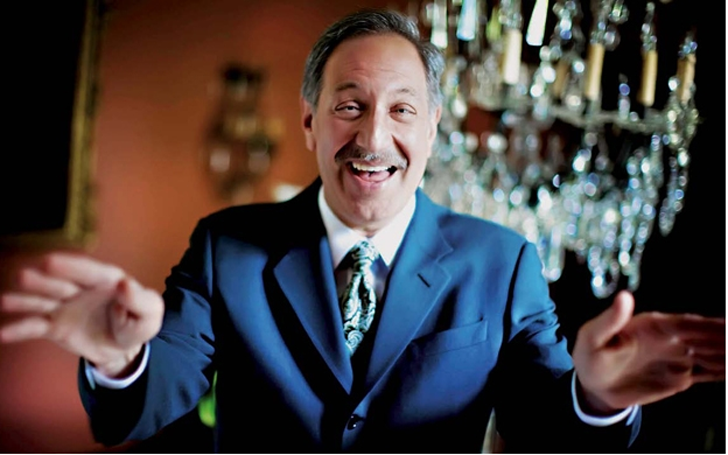 People know Geragos for his profession, but, not only his profession, people are also interested to discuss his personal life. So, here we will provide all details about his married life and also his children. So to know all the information, stay tuned.

Mark Geragos is regarded as one of the top celebrity lawyers as he has defended several popular public figures including Michael Jackson, Chris Brown and Winona Ryder. Geragos has achieved success not only in his profession but he has gained success in his personal life too. 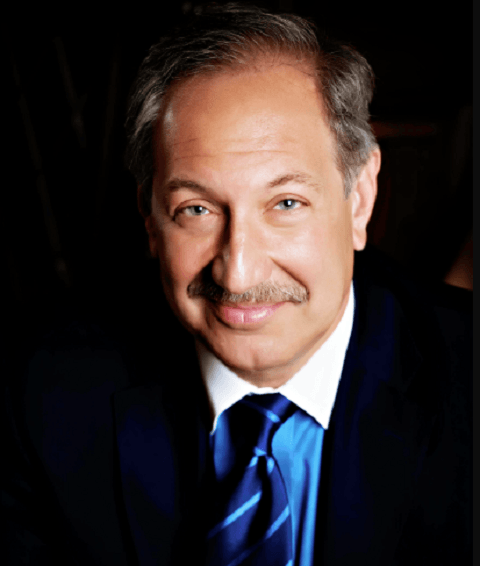 Geragos is living a happy married life with Paulette Geragos. Like other celebrities, he also often keeps his personal details out of the people. Although he is already married, Geragos hasn't mentioned the actual date of his marriage.

The couple is happy to have each other in their life and often spend time with each other. Moreover, they also have two children a son Jake Geragos and a daughter Teny Geragos. 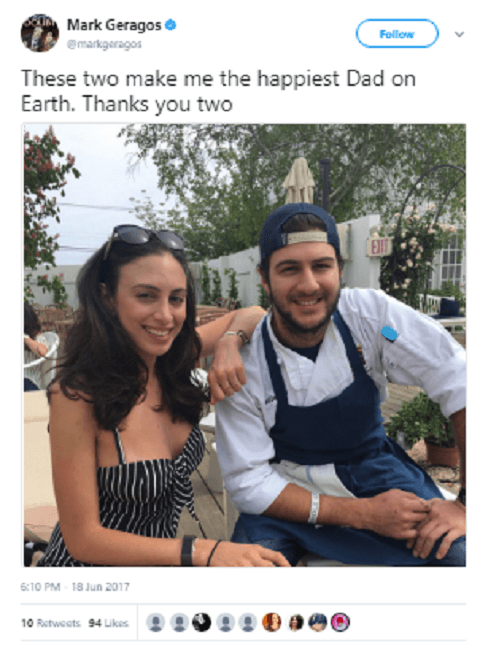 Geragos often tweets on his twitter about his family which proves how much he loves his children and how proud he is. Well, these all are enough to prove him not only a successful attorney but also a successful father.

In April 2017, Mark Geragos also faced a controversy regarding that, he tried to defame Dr. Luke in the case of sexual assault between the pop singer Lady Gaga and Dr. Luke.

In 2014, Geragos was representing pop star Kesha Sebert in a debate with Dr. Luke when he shared a link to an article on his Twitter account having 48000 followers which mentioned that Lady Gaga was sexually assaulted. 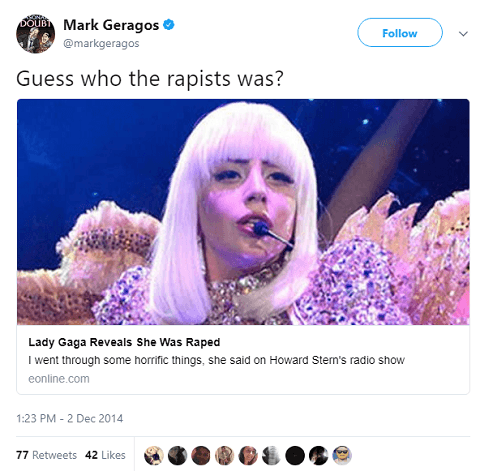 Among the 48000 followers, one of them replied, "Lukasz" which is said to be the first name given to Dr. Luke. Geragos responded to "#Bingo!" and said;  that is what led to this controversy to a whole new level.

Well, the incident led Dr. Luketo claim defamation in New York Supreme Court. So in a response, Geragos and his firm had many provocative arguments for dismissal of the case. 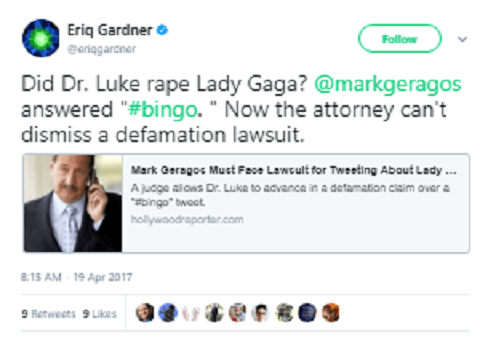 However, the lawsuit between Dr. Luke and Kesha is still pending. And Geragos is no longer representing her but the lawyers of Luke are still pursuing discovery against Geragos there, too.