Physically disadvantaged people usually have a hard time finding a life partner or get married but it is not the same case with a famous basketball player, Tamika Catchings. Despite her hearing disability, she has not only been successful professionally but personally as well.

Tamika Catchings got married to her boyfriend Parnell Smith who loves each and everything about her. Today in this article, we are going to reveal the romantic love story of the duo, about their marriage, as well as about their kids if they have any. Keep Scrolling.

The love between Tamika and Parnell is very pure. Parnell loves her wife very much despite her slight disability. The two have been dating since July 2014. After two years of sweet dating phase, the couple got married on 2nd February 2016. 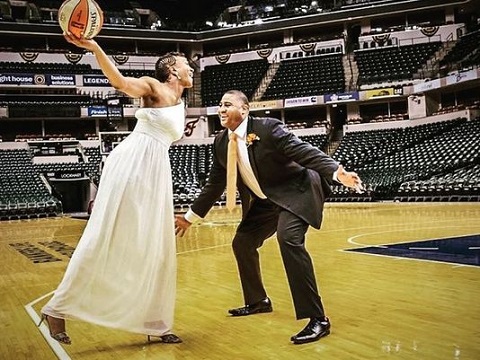 They had a very small wedding ceremony which included only 27 guests. Parnell, even though is currently working as an IT technician, used to be involved much in basketball back in his high school. Tamika loves the fact that his husband is also interested in basketball. Once in an interview with 13 Indianapolis, she said,

He’s obviously very attractive, but smart, intellectual. He played basketball, so being able to relate in that sense and being able to talk about other stuff outside of basketball and sports. We’re both very faith oriented. 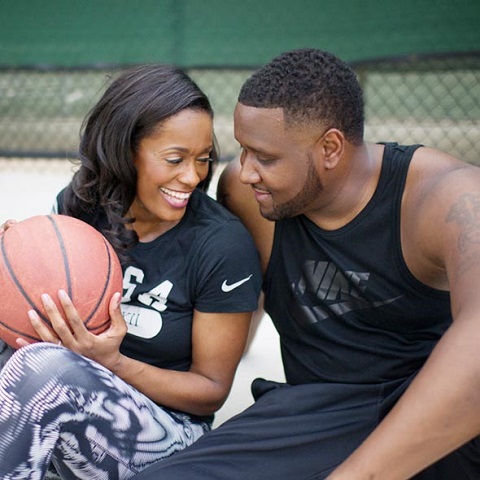 This also proves that Catchings is very much attracted towards her husband, which is indeed a good thing.

Tamika Catchings living happily with her husband Parnell Smith, what about kids?

Catchings and Smith are living happily together in the residence at Northwest Indianapolis. As we all know that the next step after marriage is kids, the couple were also asked if they are planning to have any children of their own in an interview with IndyStar, she said,

I want to have a family. I want to have my own kids. I want to adopt some kids. When I was younger I said I wanted five. Parnell's not really there with me so we're working on him.

She has a special place in her heart for kids. She keeps on posting pictures of other children on social sites as well. 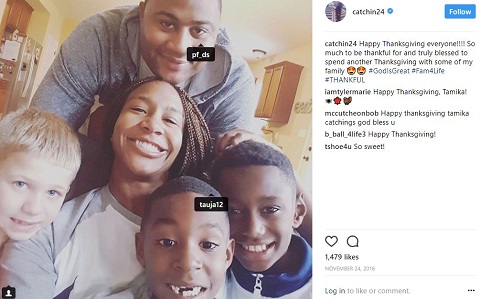 As the couple is currently living happily, let’s hope that they soon plan on having kids and give birth to some beautiful babies.