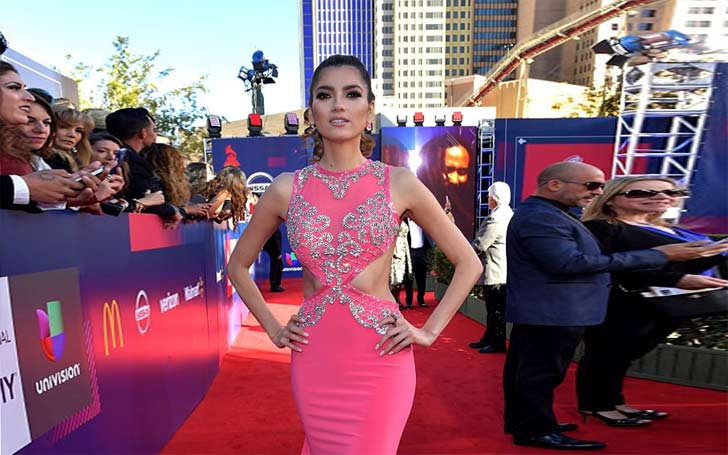 So, let’s ignore each other, try to pretend the other person doesn’t exist, but deep down, we both know it wasn’t supposed to end like this. The quote describes the love story of Blanca Blanco and her former boyfriend, Brian Quintana who are no more together.

Are you all wondering who the beautiful and charming actress, Blanca Blanco is dating currently? Stick with us to know all about Blanca and her ex-boyfriend, Brian.

An American actress, Blanca Blanco was in a relationship with a Hollywood base entertainment executive, Brian Quintana. The couple is now separated but they did date back in March 2010. However, the encounter didn’t last long as they were just together for four months. 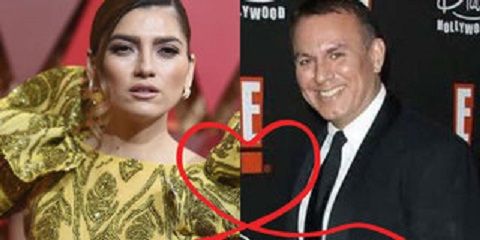 After being separated from an entertainment executive Blanca Blanco was not found dating anyone. But there are rumors regarding her affair with John Savage. The couple was seen together since 2014.

Like any of her former relationships, there is less information about her relationship with a 68 years old actor, John Savage. But as they have been spotted in public together during several events we can assume that they are still going strong as a couple even in 2017. 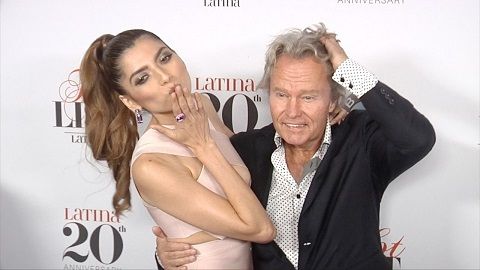 As Blanca is pretty uptight in sharing her personal details to the outer world, no information about her relationship with John has been revealed. Though thousands of her fans and paparazzi follow her regularly, she managed to keep everything out of sight.

For your information, Blanca is still unmarried. Despite being a secretive person she has been a part of controversies several times. Recently in 2017, the actress faced the actress dared to bare at the 89th annual Academy Awards. She went through an unfortunate malfunction which resulted in her private parts being displayed to the entire world.

Moreover, as she was not found wearing undergarments, the news grabbed the media attention. Despite all those incident, she walked on the red carpet with full attitude and confidence. 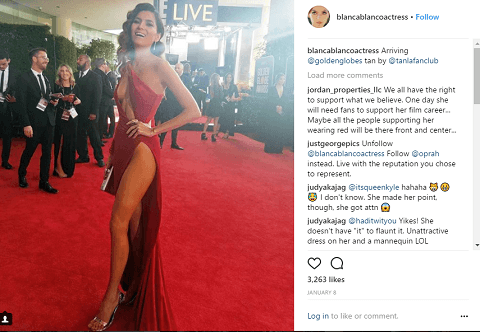 Furthermore, in a Time’s Up Movement conducted in 2018 every woman wore Black where the actress broke Hollywood protocol with a red velvet dress which caused a stir on social media. In an interview with Fox News about the movement she said,

It hurts my feelings but I guess it’s a part of being in our industry.

So, we believe Blanca is currently single and is happy about it.