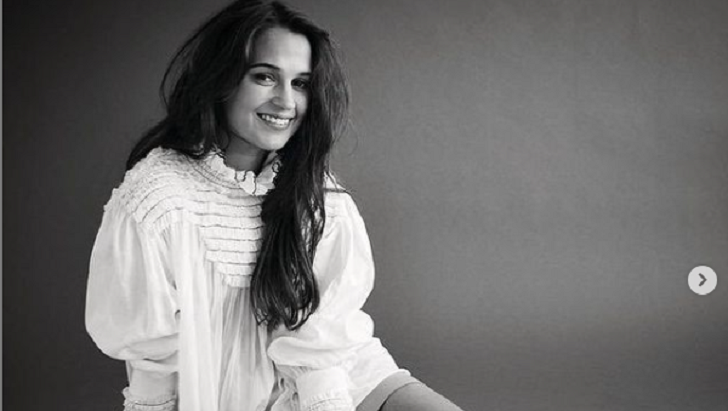 Swedish actress Alicia Vikander, who is widely known for appearing in movies like The Fifth Estate, Hotell, Pure, The Crown Jewels, The Green Knight, Beckett, among others, has welcomed her first child with her husband, Michael Fassbender.

So, when was the actress’ first child born? How is she enjoying her motherhood? What about her married life? Know everything below:

The 32 years old actress has welcomed her first child with her husband, Michael Fassbender. In late August, the pair were first seen pushing a baby in a stroller during their day out in Paris. The news of her welcoming first kid got into the limelight while the couple was spotted out with a baby during a trip to Ibiza. Vikander confirmed the happy news in an interview with PEOPLE.

It was later revealed that the pair welcomed their first child earlier in 2021. The duo neither revealed a pregnancy nor announced the arrival of their baby. 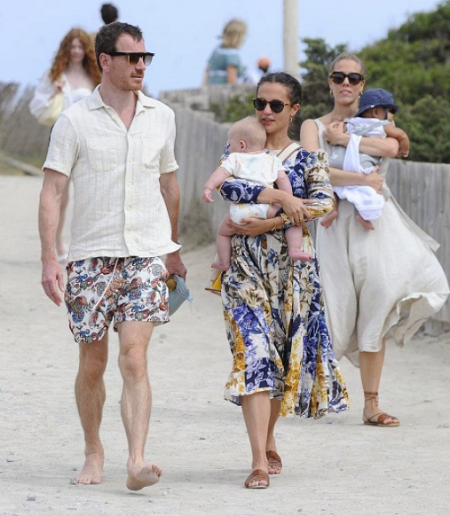 CAPTION: Alicia Vikander and husband Michael Fassbender spotted out with a baby during a trip to Ibiza SOURCE: Instagram @aliciavikandertv

During confirming the news with PEOPLE, Vikander talked about her role in the latest movie Blue Bayou, where she also expressed her feeling of becoming a mother. She said: I now have a whole new understanding of life in general.

The actress admitted that she now feels more content and happy than she has ever been. When asked how her life changed after having a baby, the actress said that she is currently enjoying finding the difference at the moment.

It is now proved that Vikander and her husband are notoriously private and never discussed their personal lives on social media. They have never spoken up about having a child.

However, back in 2017, she once admitted of not having children. She said:

'I've always wanted kids. I've never been pregnant, but I hope to have a family one day.

How Is Alicia Vikander’s Married Life With Husband Michael Going On?

Some celebrity couples are high profile, whereas some prefer to stay under the radar, just like Vikander and Fassbender.

The couple, who lives a private life, got married on 14th October 2017. As per gossip mongers, the couple started dating in late 2014, when Vikander was 26 years old and Fassbender was 37 years old. Speaking with Huffington Post, the pair revealed that they first met at Toronto Film Festival on the dance floor.

There were also rumors that they first met on the set of The Light Between Oceans.

During the time, the actress was busy with her role in Testament of Youth, whereas her husband had been acting for around fifteen years, working in high-profile movies franchises like X-Men.

The couple first attended an event as a couple was in May 2015, when they attended the Grand Prix in Monaco together. Though the couple’s first picture was in spring 2015, many tabloids claimed they might have been together since fall 2014.

As of now, Vikander and Fassbender enjoy almost four years long marital life. The duo, keeping everything away from the media, enjoys a healthy familial relationship.