After the Death of Husband Bruce Paltrow in 2002, Is Blythe Danner Married or Single?

The worse thing in life is not to end up all alone but the worst is to end up with people who make you feel all alone.

After the death of Bruce Paltrow, father of actress, Gwyneth Paltrow, and director, Jake Paltrow, Gypsy actress, Blythe Danner is living a single life. Has she been in a relationship or tied the knot? Let's find out about their married life and the reason behind Bruce's death.

I'll See You In My Dreams actress who stars as a widow and former teacher, Blythe married the talented producer and director, Bruce in late 1960's. The couple welcomed their daughter, Gwyneth in 1972 and Jake in 1975. 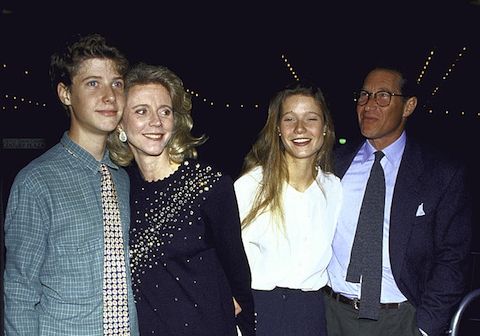 CAPTION: Bruce and his wife, Blythe with their children ][ SOURCE: Gettyimage ]

Bruce was a victim of oral cancer since 1995. Having struggled with the disease for seven years, he died on October 3, 2002, in Rome, Italy, while he was on his vacation to celebrate Gwyneth 30th birthday.

As you know, when someone dies, his story doesn't end there. His story is further carried by his loved ones. Similarly, the story did not die with the death of Bruce, his children, Gwyneth and Jake carried his family name.

Bruce death was due to complications from pneumonia and oral cancer. In 2007, Blythe set up a fund in her spouse name to discuss oral cancer problems in the United States. Her former son-in-law Chris Martin also carried a dedication to Bruce.

Also Read: Who is Gwyneth Paltrow Married to? Know about her married life and divorce rumors

Do you know? Chris Martin's song Fix You was written for Gwyneth as Chris wanted to "fix her" after the death of Bruce.

Since the death of Bruce, Blyth has not been involved in other love affairs. She seems to be still in love with him. In fact, while shooting for the movie, I'll See You In My Dreams, a scene required her to kiss the actor, Sam Smith. But she hesitated.

In one of the interviews, she revealed of being nervous and said:

That was probably the only scene I was a little nervous about because my husband has been gone for 13 years,

Danner further added that she had a couple of blind dates but did not have a [serious] date and she is not really shopping for another relationship.

Currently, Blythe seems to be concentrating on her acting career as her four films are all set to be released including, Hearts Beat Loud, Strange but True.