After divorcing Shiva Rose, who is Dylan McDermott married to?

In today’s century, break up and divorce is not a bigger deal. Couples get divorced with a friendly agreement and are seen in good terms even after break up. Similar goes out with Dylan McDermott. He recently got divorced with his ex-wife Shiva Rose.

Now that you guys are aware of the couple’s divorce, you guys also must be wondering why the couple had to separate. If you want to know the reason behind their divorce, keep on scrolling. Also, know in detail about the couple’s children as well as about who they are dating currently.

The ‘Practice’ star got married to an American TV personality Shiva Rose back in the year 1995. The couple started dating in 1994, tied the knot in the following year and has two daughters together.

The first child, Colette was born after a year of their marriage in May 1996. They gave birth to their second, a baby girl, Charlotte Rose in September 2005 and is currently 12 years of age. 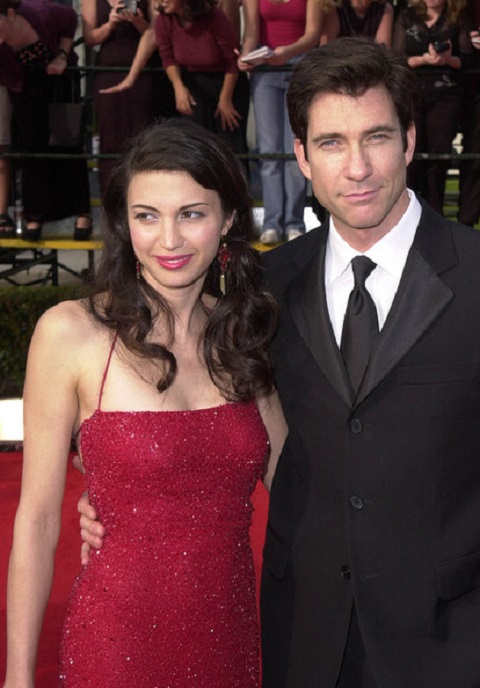 After 13 years of togetherness, the couple officially got divorced in May 2009. The reason behind their divorce, as they stated was nothing but irreconcilable differences. As they were sort of finance during their divorce, they had to sell their house.

Later, after the separation, the couple moved to different houses, which is quite normal in an American family but sad for the kids as they were not able to grow up where they were actually born.

Who is Dylan McDermott’s current girlfriend?

The famous American actor has dated many other women in his life after and before the divorce. Before his marriage with Shiva Rose, he dated two prominent celebrities; Julia Roberts (1989) and Melissa Gilbert (1992).

Talking about Dylan’s current affair, he has been dating a 38-year-old American actress Maggie Q since 2014. After dating for over nine months, the couple got engaged in October 2014. 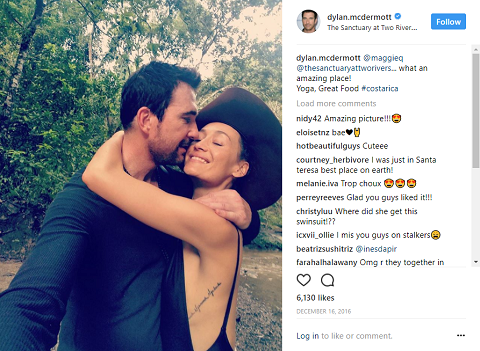 Since 2014, the couple has been spotted many times hanging out and spending quality time with each other. Recently in November 2017, they were talking a walk in Beverly Hills with their dog. 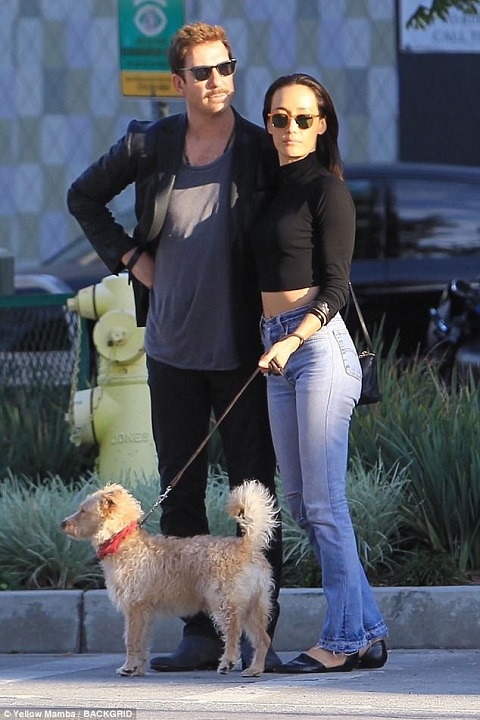 [ CAPTION: Dylan McDermott with her current girlfriend and their d ][ SOURCE: Daily Mail ]

However, even though the couple has been engaged for quite a long time now, they are not married yet. When asked about the reason behind them not getting married yet, they revealed that she hadn’t thought about marriage yet.