After Break up from Anthony Kalabretta, Has American Actress Lucy Hale now Been in a Relationship?

Not all relationships are meant to last forever and such was the relationship of Lucy Hale and Anthony Kalabretta. The couple broke up after being together for two years without giving a specific reason for the split.

Now, the fans are curious to know who the actress is currently dating. To know more about the dating life of Lucy Hale, keep scrolling down the page.

Lucy Hale in a Relationship?

Well, to answer that question, the actress is currently single. From what we gather, Hale has not been in a relationship after breaking up with her ex-boyfriend Anthony Kalabretta.

Also read: Lucy Hale finds a woman who looks like the perfect mix between herself and Kylie Jenner. 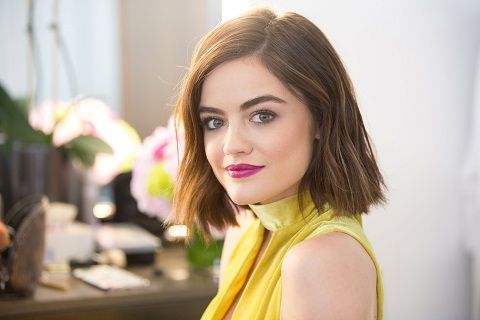 Lucy Hale is currently busy with her new movie “Truth or dare” and TV- series “Life sentence”. Hale is seen sharing on-screen romance with actor Elliot Knight in the series. 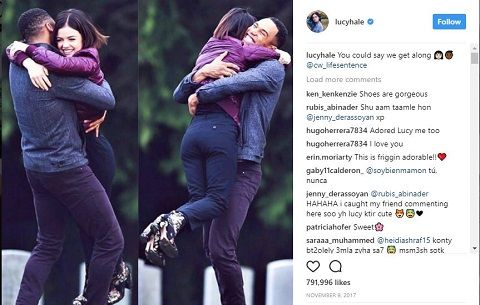 Lucy and Elliot have shared some pictures of them together on Instagram. This has caused a lot of speculations about their relationship but they have not confirmed anything yet. It seems the two are more like friends and co-actors than a couple.

Lucy Hale split with her longtime boyfriend, Anthony Kalabretta in May 2017. The two unfollowed each other on social media platforms and deleted numerous photos of them looking happy together.

The split seemed cold and ugly but two months later, Lucy posted a picture of them together on Instagram. This sparked rumors of the two getting back together. Many fans were confused by this picture. 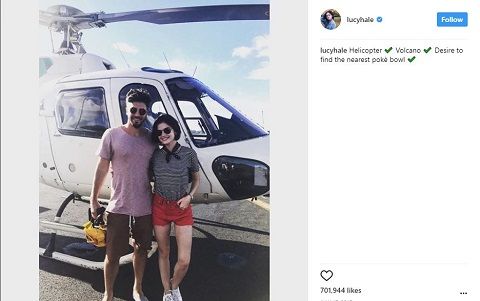 Moreover, Hale disabled the comments on the picture. Perhaps, the actress did not want to deal with the situation. It has been a few months since the picture was posted and the two are definitely not back together. So, maybe it was just a friendly gesture after all.

Hale revealed in an interview that she believed 2017 would be her ‘best yet’ despite her role of Arya coming to an end along with the series “Pretty Little Liars”. She expressed her excitement to start something new after the end of the series.

Although 2017 was not good for her love life, Lucy Hale had an eventful year for her career with confirmation of the start of her new series "Life Sentence".

Hale is doing different things now in her professional life. She seems focused on her career. We hope she finds love in her soon future.