Home Gossip Actress Wendy Crewson, age 59, opens up about coming out as a lesbian after being married to a man and having two children

Actress Wendy Crewson, age 59, opens up about coming out as a lesbian after being married to a man and having two children 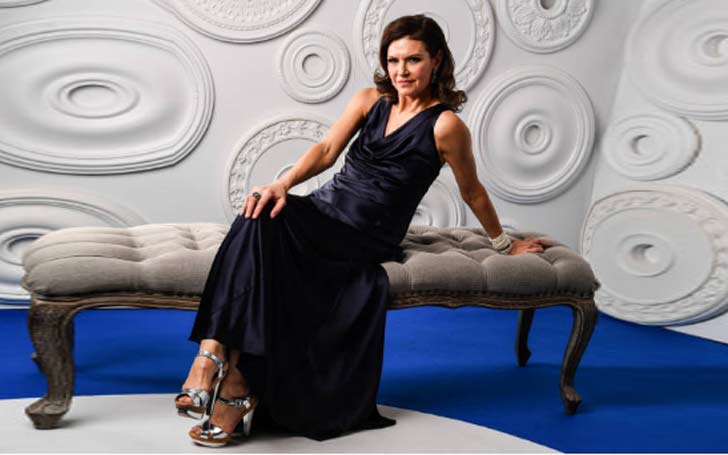 It has been a while since actress Wendy Crewson finally admitted that she was a gay and came out of the closet. But how have her children and husband reacted? Did they accept her in the family? How was the reception after the news? Today, we are going to find out how the hot news that Wendy Crewson is gay affected her family.

On December 2014, Actress Wendy Crewson came out to the whole world and told us that she is a gay. As soon as she admitted it, the news spread like wild fire. Lots of newspapers and magazines made the topic a headliner. At the pace the news was spreading, Crewson worried about how her children and husband would react and would they be upset to hear such a thing?

But to her surprise, her children were quite happy with the news and with the fact that she had told the truth. Her daughter, Maggie, was okay with the news. She is a very smart and compassionate girl who understood what must have gone through her mom for her to publicize such a thing.

Her son reaction shocked her the most. He said that he was quite astonished by his mom’s bravery to tell him that she is gay and felt his mom’s pain and got emotional.

Her husband Gary Logan replied to our sources saying that he is quite unaffected by the news and said that it was her life and she can do whatever she wants with it.

In December 2015, Wendy Crewson told a Canadian television channel that she has not regretted admitting that she was gay. She said “I feel like it’s our responsibility as adults in a high profile positions to let kids know it gets better“.

Wendy Crewson was born on the 9th May 1956 at the City of Hamilton Ontario. Her mother’s name is June Doreen and her father’s name is Robert Binnie Crewson. Right now, she is living in Rosedale, Toronto. She is 59 years old.

She has also played in a lot of movies such as The Santa Clause, The Good Son and Air Force One. Her recent movie, The Room, got good reception from critics and has been nominated for 4 Oscars.

And like her movies, she has won numerous of awards for acting such as Bets Supporting Role for Mini Series or Dramatic Program for ReGenesis and Saving Hope.

Miss Crewson is the mother of a son and a daughter. Their names are Maggie Murphy and John Branton Murphy. Maggie is currently a producer and actress like her mother. Her son, John, is finally graduating from college this year.

She has been married twice; once to Michael Murphy, whom she divorced in 2009 and the second time to her husband Gary Logan.

She has a net worth is not yet disclosed.