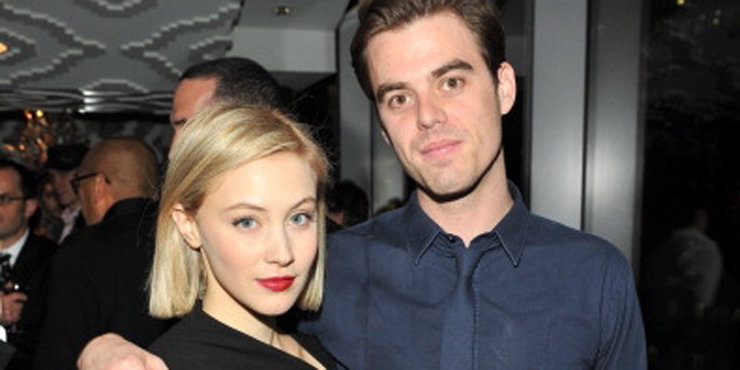 The beautiful and talented Sarah Gadon is in the news again for her relationship with boyfriend Matt Hannam. They have been rumored to be getting hitched. Is it true? Let’s find out…

In an interview with Mail online, Sarah confirmed her relationship with award winning film editor Matt Hannam, 34. They have been dating for the past three years. They met while working on the horror film Antiviral (directed by David Cronenberg's son Brandon).

The actress further revealed to MailOnline," ‘We actors can get very wrapped up in our work, so Matt is my healthy reminder that every production has about a hundred people working behind the scenes and it’s not all about us."

Our sources have stated that these rumors of the two getting married are completely fake. They further added that Sarah does not have any plans of getting hitched at the moment.

Sources say that although the actress revealed that she had no marriage plans at all, she still had a good relationship with boyfriend Matt. They currently live in a rented coach house in Toronto.

Like any top actress, Sarah has been targeted by the gossip sites when it comes to her relationships and marriage. Previously, she was wrongly paired with Cosmopolis co-star Robert Pattinson and The Borgias’s Francois Arnaud. Our sources claim that these dating gossips were also fake and had no basis on her real life.

Although Gadon is not willing to get hitched right now, she is candid enough to mention that motherhood has crossed her mind.

She shared to MailOnline saying "As women, it is something we all have to think about – when are you going to be able to do that and how are you going to fit that around your career? And I look at these amazing icons like Cate Blanchett and Meryl Streep and think it must be possible."

Is the hot actress is planning to have baby time before marriage?? Well let’s not decide this for ourselves before she gets a chance to admit or deny this.

Sarah tends to keep her personal life very private, so it is difficult to comment on her affairs.

Born on the 4th of April, 1987, the actress was born to a psychologist father and a teacher mother. The actress was very passionate about acting since her childhood. She debuted in her first role at the age of 10.

She has been featured in around two dozen movies as a lead role. She is currently filming Indignation as Olivia Hutton. Talking about her TV shows, the actress has worked in so many of them and is currently acting in 11.22.63 as Sadie Dunhil.

A talented beauty, she must have a high salary, but her net worth and earnings have not been revealed yet.

This beautiful and talented actress still has a long way to go before she can think of getting married . Well, best wishes for the pretty lady!!