Actress Betsy Brandt, aged 42, has apparently requested nude scene on "Masters of Sex" and according to our sources, her husband is completely okay it.

The American actress, who is best known for playing the role of Marie Schrader in Breaking Bad, recently spoke to FOX411 and talked about how she requested the producer for the nude scene. And a source close to the actress has revealed that her loving husband was perfectly happy with her baring it all.

Brandt, during an interview with FOX411 in the People’s Choice Awards, shared her experience on Showtime’s "Masters of Sex". She talked about how she requested to go naked on the sexy show. 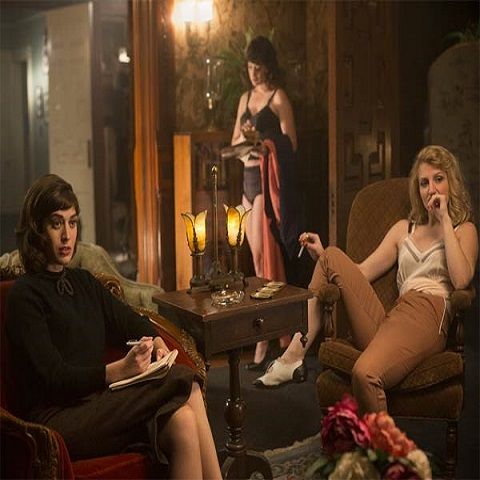 “It’s funny you look at that character, and I wanted her to have a moment where she felt safe enough with someone because she hadn’t had that,” she said. “Michelle Ashford (the writer and the prouder) always said my character was going to have a happy ending… but she was going to go through hell to get there. They asked me about the nudity, and I requested this.”

Her latest TV show, Life in Pieces has also nominated for favorite new TV comedy in the award show which the actress was attending the chat.

“It was such an honor that ‘Life in Pieces’ was nominated for a People’s Choice Award in its first year. It hadn’t even been on the air that long,” she gushed. “It means a lot to us and it’s a privilege.”

Though her show did not win the award, she felt pride in being part of a great show.

While the Breaking Bad star gushed about her nude scene in Masters of Sex, our sources revealed to us much more about her famous scene and its impact on her husband and children.

She is married to her fellow graduate from the University of Illinois at Urbana–Champaign, Grady Olsen. She has two children. The talebearer stated that while most of her fans were shocked to see her naked on screen. But, her husband was totally cool with it.

“Grady is totally cool with the nude scene. Moreover, he is happy that his wife is brave enough to present herself naked on screen. He has not complained about it and he personally loved that particular scene where she bared it all,” said the informant.

They further revealed: “Going naked on TV or movies is not something new. Most actors do that and Grady feels the same. He is happy with her and her work.”

According to the insider, there is a great amount of love, respect a, d understanding between the two. And that is the reason why they are still together and there is no hint of divorce.

She has an estimated net worth of $4 million dollars.