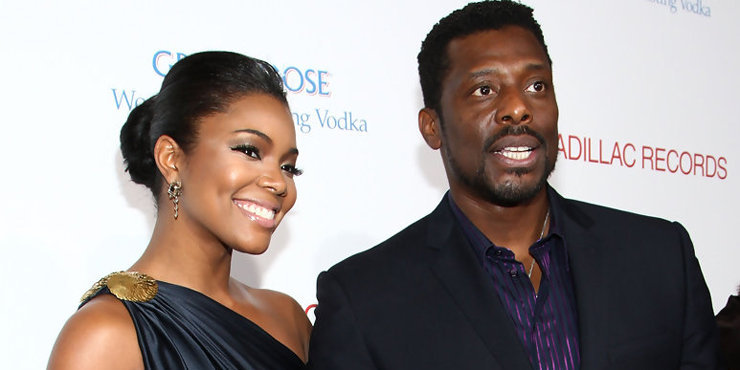 “Paramour is real, and I got it with Sandra”, says one of the posts on his fan page. Yes, guys! We are talking about the one and only Eamonn Walker.

Eamonn and Sandra are one of those rare couples in Hollywood who share their bed only with each other. They have been together for almost three decades.

For twenty long years, Eamnon dated Sandra before getting married to her and living a happy life. Before you even ask, their bond is so strong that divorce is just not in their dictionary.

Recently, Eamonn opened about his married life with wife Sandra and his children. There is no doubt that their marriage is never out of that spark. We can actually spot them together almost everywhere, in parties, get-togethers, and interview.

The exact date of their marriage has not been made public yet. All we know for sure is that they are made for each other. He is a real family man. They have three children altogether and two of them are twins.

Eamonn is an actor by profession and Sandra is a novelist. Since both of them have creative professions, their work is complementary to each other. A close friend of Sandra has even said that Eamonn is the strongest inspiration in her writing.

The actor has always been positive about having an interest in starring in the movie adaptation of Sandra’s novel. Now the gossip follows that he is finally playing a supporting role in an action- drama movie adaptation of her novel. The news is not official yet though.

The actor is British by origin, but in the United States, he is popular for playing Kareem Said in the HBO television series Oz. His performance in here was so remarkable that he won a CableACE Award.

He is also known for playing Winston in Sickness and in health. Since 2012, he has been playing 51 Battalion Chief Wallace Boden on Chicago Fire and its spinoff Chicago P.D.

The actor started rolling like a storm in Hollywood in 1985. Tears of the Sun, Lord of War, Duma, Cadillac Records, The Messenger, Blood and Bone, Legacy, A Lonely Place to Die, The Company Men etc are some of his best movies. Additionally, he has starred in more than a dozen of TV shows.

Even at the age of 53, the actor is smoking hot. His shirtless photos can drive you crazy, so do not judge him for being an old daddy. Previously, he was not of a social media guy, but now he has been actively interacting with his fans on Twitter.

Eamonn earns the good sum of money in his career. He featured in several movies and TV series through which he obtains a decent amount of money. Allocating information from several sources, it is found out that his current net worth as per 2018 is estimated $2 million dollars.