Actor D.B. Sweeney and wife Ashley Vachon's children want to be actors like their dad?? 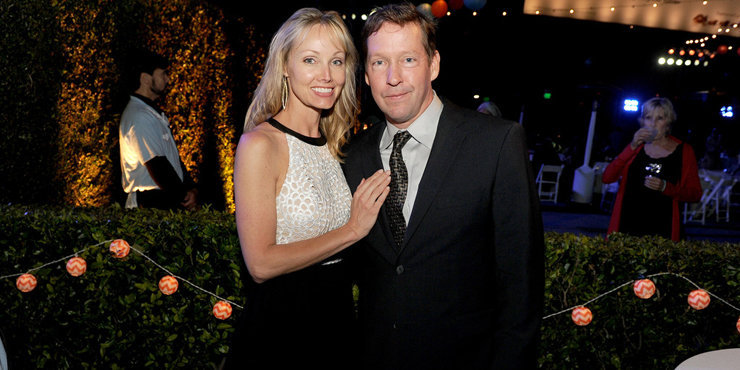 Daniel Bernard Sweeney, known commonly as D.B. Sweeney is an American actor who has been in the limelight since 1985.The actor first guest starred on the television series, The Edge of the Night and Spenser: For Hire. In 1985, he made his movie debut with Out of The Darkness. He is currently the voice-over artist for the OWN- Oprah Winfrey Network and his large body of voiceover work includes three seasons of Fox Sport Net’s Beyond the glory and National Geographic Television’s Ice Pilots. Sweeney has also voiced commercials for advertisers from Coca-Cola to NFL Network, and has narrated for Discovery Channel and Nat Geo. And his net worth is estimated at $ 2 million.

His TV credit includes shows like Spenser:For Hire, NYPD Blue, harsh Realm, Once and Again, and Life as We Know It.

Sweeney got married to Ashley Vachon in April 2000. The couple has two children, son Cade and daughter Cody.  D.B. is from New York and his wife, Ashley is from Texas. She graduated from Stephen F. Austin State University in Texas and is a writer. Some of her books are: Pregnancy Romance, Billionaire’s Romance.

While their father is a renowned actor, his children apparently don’t want to follow on his footsteps. His daughter, Cody, who is a lacrosse player for her school team, seems to be way more interested in sports than she is in acting. And same goes for his son, Cade, who loves football. Cade says he loves talking about football with his friends and he is always excited about football matches.

Sweeney’s son and daughter are both inspired by their fathers acting and obviously are fans of their father’s work. They love his way of acting and they respect his talent and feel proud to be his children but don’t see themselves choosing acting as a career.

Cade and Cody both say that acting is not their cup of tea and say that it’s not important that children of actors should be actors too. But they still enjoy their father’s work very much and say it is fun watching him perform.

It is known that D.B’s wife, Ashley is also a football lover. So, maybe that’s where Cade gets his love for football from. While Ashley is interested in football, it's merely a hobby. She is a contemporary romance writer and has written four books so far. And it’s nice to hear that D.B. Sweeney also enjoys watching sports with his family during his free time.

Cade and Cody do not seem interested in acting and they don’t want to be an actor like their father. They seem interested towards sports so they want to go forward as sportspeople.  But still Cade and Cody are both very young and have a long way to go. So, we can’t be sure of what they will be in the future. But we sure do wish them good luck.