Actor Josh Brolin and his fiancee Kathryn Boyd were spotted at the Cannes film festival red carpet in late May where Boyd displayed her gorgeous engagement ring. The ring is a square cut diamond with similar smaller diamonds around the band.

It looked wonderful with the ruffles on Boyd’s elegant orange gown. Brolin looked dashing in a black suit. 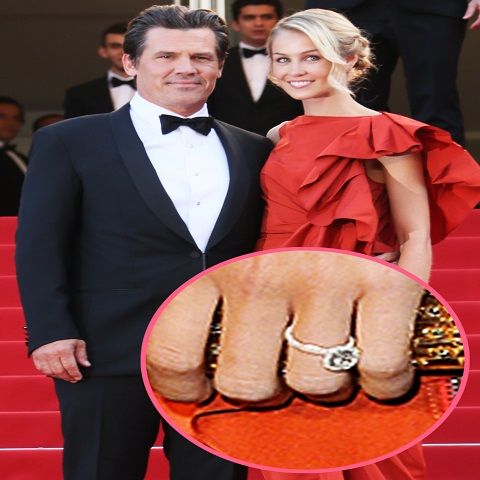 [ CAPTION: Josh Brolin and his fiancee at the Cannes film festival ][ SOURCE: Hitberry ]

The much-in-love couple was at the festival to attend the premiere of Brolin’s new movie Sicario. The movie is directed by French-Canadian director Denis Villeneuve and stars actors Benicio Del Toro, Jon Bernthal and actress Emily Blunt alongside Brolin. It is slated to release on 17th September 2015.

Photographs that surfaced the internet showed the much in love couple posing happily together for the cameras and even sharing a kiss. Following the photographs, one of Brolin's representatives confirmed the actor's engagement with Boyd. 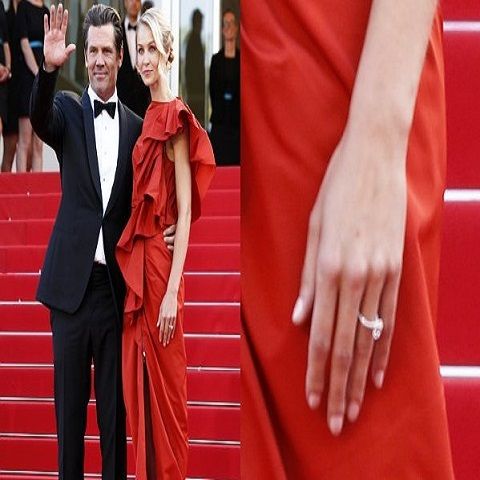 The couple has been photographed several times in the past year seeming well in love. They were also spotted spending a romantic day in Rome, Italy where Brolin was working on a film in February last year.

The 47-year-old Labor Day actor proposed to his ladylove some two months ago. The couple was seen celebrating their engagement in Cabo San Lucas, Mexico with some friends and family earlier in May.

Brolin was previously married to actresses Alice Adair and Diane Lane and has two children with his ex-wife Adair. Brolin and Boyd started dating in March 2013 following Brolin’s split with Lane, who he was married to for 8 years.

Currently, Brolin is busy with his upcoming movie, Everest which based on the real-life events that took place in 1996 disaster in the world highest peak Mount Everest located in Nepal.