Home Gossip According to their Popularity,Quality and sells, Top 10 mobile or cell phone Brands in the world

According to their Popularity,Quality and sells, Top 10 mobile or cell phone Brands in the world 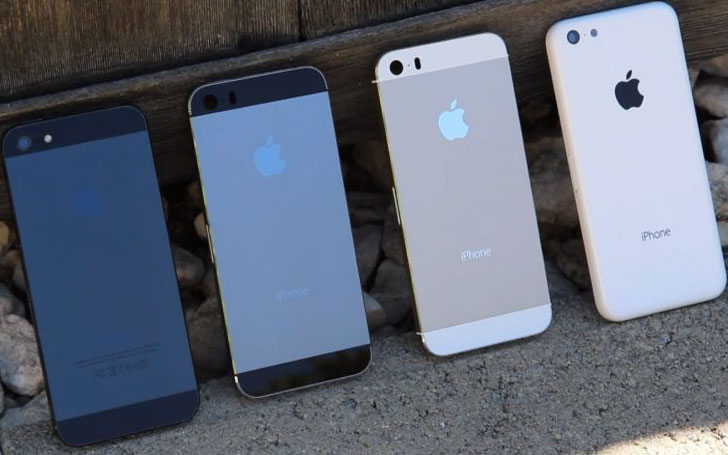 Previously Nokia and Motorola were the rulers in the mobile phone industry, even, the two largest selling mobile phones of all time were Nokia 1100 and 1110, which have sold over 250 million of each module.

On the ranking of best-selling of cell phones, iPhone 6 and iPhone 6 plus are in the third position which has sold up to 220 million units in 2014-16.

After 2012, Samsung and iPhone are ruling in the market of mobile phones, by covering over one third of the industry. Presently, these brands are hugely famous as top mobile phone brands in the world.

Samsung is a South Korean company, which develops various electronic products, such as mobile phones, Laptop, AC, TV, Refrigerator, and much more. However, it is mostly popular for its mobile phones. Presently, Samsung is the ruler of the smartphone market with 21.3% of global market shares. Most of the mobile phone users find it as the best smartphone manufacturer.

Apple is the leading American multinational corporation in the market of digital equipment. It is known as the high-quality gadgets developer in the entire world.  Basically famous for IMac, IPad, IPod, etc. Apple has the second largest market share in mobile phone industry.

With its popular product iPhone, it covers 13.1% of the market shares. iPhone operates with iOS, mobile operating system. In 2007 Apple released its first iPhone, the latest modules of iPhones are iPhone 7 and iPhone 7 Plus.

On its establishments, Huawei was focused on developing phone switches, later the business has expanded to building telecommunication networks, operational and consulting services, and equipment to an enterprise.

Presently its focuses are in the manufacturing of mobile phones. In the Q1 of 2017, it has predicted to cover 4.0% of market shares.

Chinese electronics manufacturer, Oppo Electronics Corp. is popular for its smartphones, Blu-ray players, and other electronic devices. Founded in 2001 Oppo has registerd in the mobile phone market in 2008, presently the company has registered the brand OPPO in many places of the world.

The unit sales of Oppo phones are growing rapidly. In Q3 of 2016, Oppo has the best performance on sales which has increased by 145% worldwide and rose by 199% in Asia-Pacific region.

After its first smartphone released in Aug. 2011, it has taken a wider market value in smartphone industry which has sold over 60 million smartphones in 2016, with 3.2% of total market shares, it is in the fifth position of smartphone manufacturer.

Lenovo, a top PC developer in the world was founded in Beijing, China in 1984 which has stepped into the android and windows tablet industry in 2011 and started to sell Android smartphone form 2012. Later, in 2014, it has acquired Motorola Mobility from Google.

It has disappeared from top five sellers, however, today it has operations in over 60 countries and demand of the mobiles in around 160 countries. It is mostly popular because of its low-price and high configuration on 4G mobile phones.

A Chinese multinational company, TCL Corporation is an electronic equipment manufacturer that design and develops mobile phones, TV, air conditioners, refrigerator, washing machines and other small electronic appliances. As per the market share, it was the third-largest television producer in 2013.

In Oct. 2014, it has acquired the palm brand from HP to run smartphone business. It contains 3.1% of global market share which is among the top smartphone developers.

In 2014, Microsoft declared that ZTE was the new hardware member of Windows Phone platform. By 2.7% of the market share, it is in 9th position of smartphone market.

An Indian electronic company headquartered in Gurugram, Haryana. Firstly Micromax was started as a software company operating in the embedded devices domain, later it has entered into the mobile handset industry.

It is the one and only Indian Smartphone Company, able to list in the top ten mobile companies in the world. It manufactures mobile phones as well as laptops, tablets, TV and other electronic devices.

Must See: Amazing or Unknown Facts about Mobile or Cell phones