A love between sportsperson is a heard of the story. One of such story is of Aaron Rodgers and Danica Patrick. Aaron was in a love relationship with model Olivia Munn, but they broke up, and he started dating Danica. 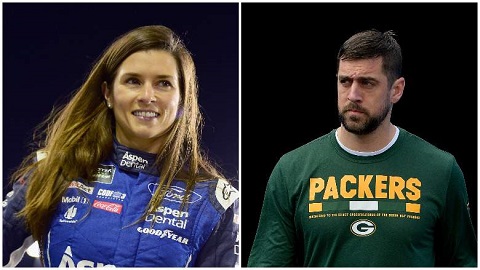 Reportedly, Danica confirmed the news of her relationship with Aaron in media. The couple has been romantically linked since the start of the New Year 2018, just before Patrick promoting her fitness book. 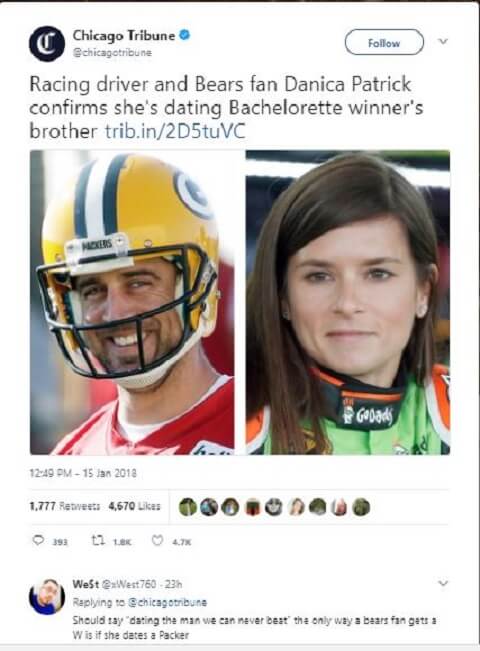 In an Interview with AP, Danica told that she met with Aaron at the 2012 ESPY Awards. She also said that she roots for him as a player. 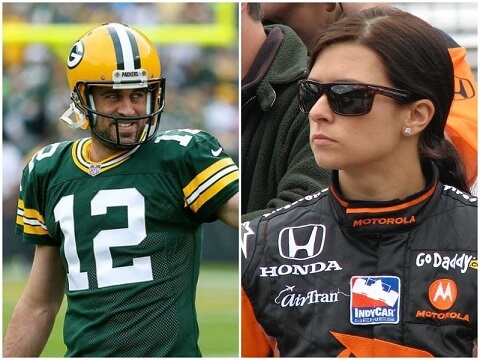 It was seen in early January that the couple went on a date somewhere. The date had them kissing and cuddling with each other as a witness told the reporter. Although they have romantically hooked up, still they want to keep this quiet for now.

Back to Aarons’ past affair with Olivia, they were in a relationship for more than three years and broke up in April 2017. The news of their breakup came publicly just two months after the pair had an engagement rumor. 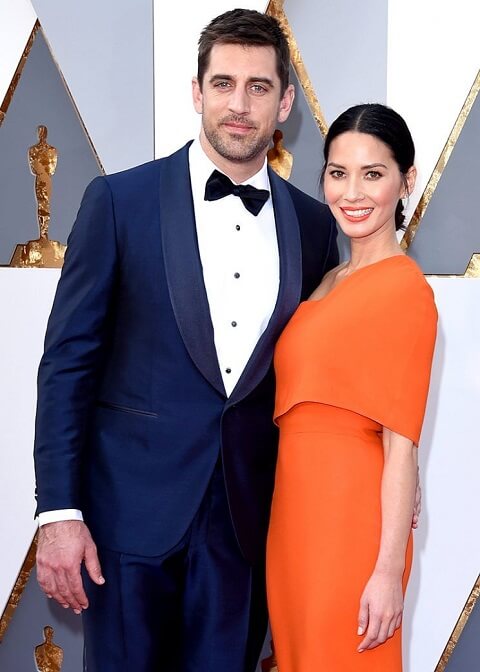 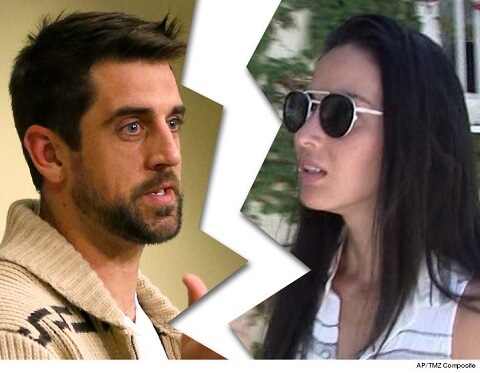 Although Olivia has not spoken a word about her break up with Rodger, in the account of her break up, an insider stated the poor relationship between Aaron and Olivia’s parents had nothing to do with it. It’s Aaron’s personal decision.

After the break up with Olivia Munn, Rodger is romantically linked with car racer Danica Patrick. They are seen at a dinner together and seemed to be happy as always.