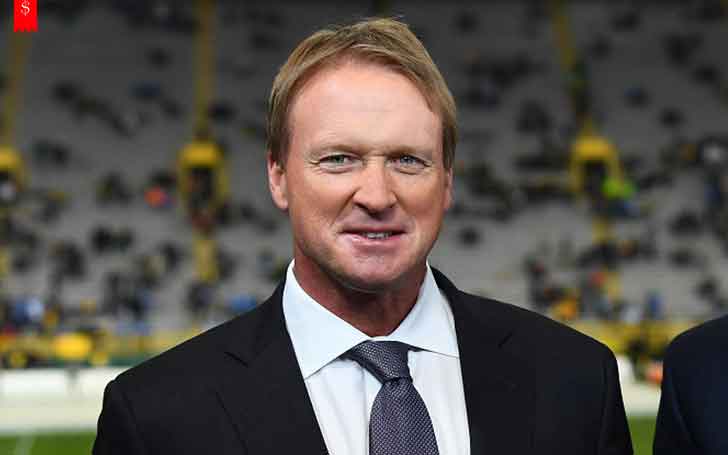 The 54 years' old American Football Coach, Jon Gruden, who is currently married to wife, Cindy Gruden, has added a lot to her total net worth through his career in the coaching industry.

The football coach, who is currently working as the head coach of the Oakland Raiders of the National Football League has had a really successful personal life but, how many of us know about his professional life? Most of us are still waiting to get to know about him. Hence, today, we will be talking about the career earnings of the football coach, Jon Gruden.

The total estimated net worth of the Oakland Raiders coach, Jon Gruden is reported to be around $22.5 million. If we look into the per year salary of the coach then, we found it to be around $6.5 million. 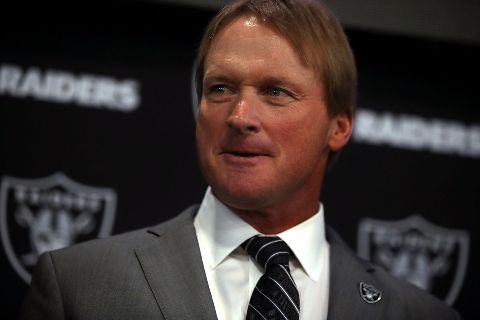 This $6.5 million salary was when he was an analyst for the ESPN and Monday Night Football. He was lured to Oakland Raiders for a whopping $10 million. During his long 10 years as the Raiders head coach, he was paid more than $100 million.

This $10 million salary made him the second highest paid head coach after Bill Belichick, who earns around $12.5 million per year. 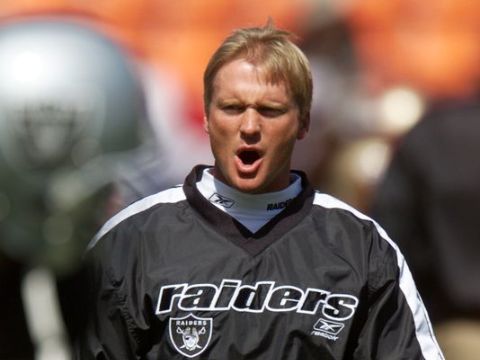 Before working as an Oakland Raiders Coach, he was hired as a color analyst on ESPN's  Monday Night Football. He was also the analyst for the NFL Draft ESPN. He ended his analyst from the 2017 AFC Wild Card game between Kansas City Chiefs and Tenessee Titans.

Jon Gruden is the proud owner of Ford Mustang GT 350R. His car is custom made for Gruden. The car is silver colored and costed him in between $65 to $100 thousand. He also has a Chrysler PT Cruiser Classic which he bought off for around $20 thousand. 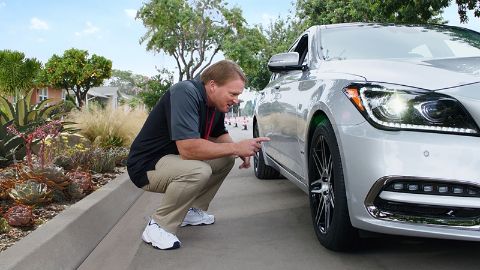 Similarly, Jon's interest also got him to buy himself a Grady White Bay Boat. The coach doesn't know how to steer that thing but certainly has enough cash to hire a captain for himself.