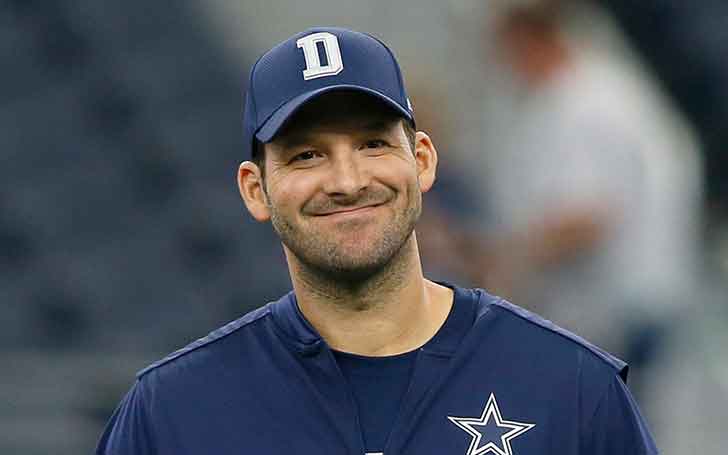 Antonio Ramiro Romo or simply known as Tony Romo who is an American football analyst and former quarterback who played fourteen seasons with the National Football League’s Dallas Cowboys is married to wife Candice Crawford.

Tony Romo started his professional career in 2013 and got retired in 2016. After his retirement from the NFL, CBS Sports hired him where he served as the lead color analyst for the network’s NFL telecasts. Leaving his professional career aside, we will be talking about his personal life including his married life, children, relationship affairs, and past dating history.

After breaking up with American singer and actress Jessica Simpson, Tony Romo started dating the 2008 Miss Missouri USA Candice Crawford since the summer of 2009. Within less than a year of a dating relationship, the couple got engaged on December 16, 2010.

After five months of engagement, Tony Romo married Candice Crawford on May 28, 2011. It’s been around seven years that the couple got married and is now living a blissful married life without any rumors of separation or divorce issues. 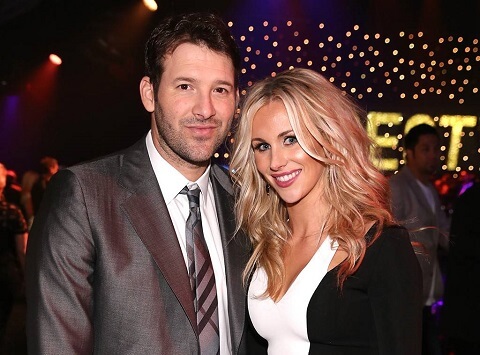 Speaking about Tony Romo and Candice Crawford’s children, the couple is the parents of three children in total. After a year of marriage, Romo and Crawford welcomed their first child, a son, Hawkins Crawford Romo on April 9, 2012. 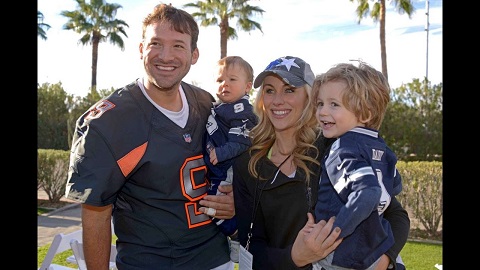 Again, after two years, Crawford gave birth to their second child, Rivers Romo on March 18, 2014. Their third son, Jones McCoy Romo was born on August 23, 2017. Romo announced the arrival of his third child on Instagram.

Welcomed our third boy Jones Mccoy Romo into the world today! Ten fingers and ten toes. All healthy. Scroll over to see his big brother Rivers excitement about this new baby.

If you go across Tony Romo's Instagram, he often posts pictures of his children. He seems to be a lovable father and does not miss to share his special moments with his children. Have a look:

Tony Romo’s Past Affairs and Relationships

As per a couple of gossip mongers, the couple dated throughout 2007. The couple neither announced their relationship nor spoke a single word regarding those dating rumors.

However, in the same year (in November 2007) Romo began dating American singer and actress Jessica Simpson. On December 2007, Simpson attended a Dallas Cowboys' game at Texas Stadium where Romo had a bad performance in the loss to the Eagles. 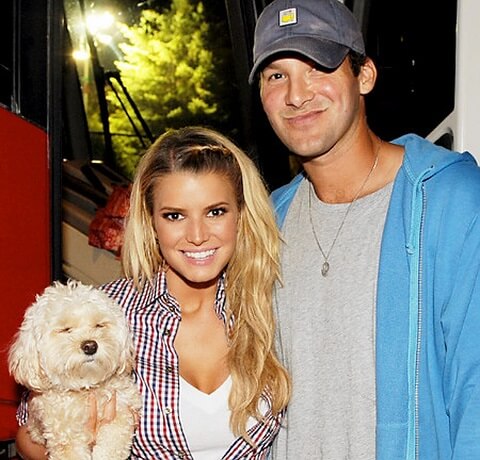