'How I Met Your Mother's' Jason Segel and his taste for property flipping.

'How I Met Your Mother' sure has ended but I know you haven't forgotten Marshall, right??

Yes, Marshall, I mean the versatile actor Jason Segal who is good in his work is busy in selling his own property. 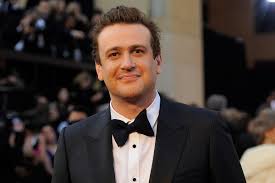 According to the sources, he bought a cottage in February 2015 and paid about $1.4 million and now he is onto is selling it in $1.6 million. You see it is only past a year. Guess, besides being an actor, he has a taste for property flipping too.

The star already has two proprieties above the Sunset Strip area. Built in 1939, the retreat includes decks and patios, a backyard kitchen and bar, and an enchanting landscape for easy outdoor entertaining. Indoors, there’s a living room with a vaulted, beamed ceiling and a fireplace leads to a separate dining room and balcony.

The surrounding of the house is peaceful so that anyone would love to have it.

Another one of his bungalow that he snagged from journalist Joel Stein looks pretty classy. With the price tag of $1,425,000, we could not expect any less. Guess, he does not have need for another one